With more than 100,000 people in the hospital with Covid-19 in the US, this August is worse than last, expert says – CNN

There were 100,317 people hospitalized with the virus Wednesday — more than double the 48,851 in the hospital on the same day last year.

Covid-19 hospitalizations have been on the rise in the US for about seven weeks — since early July. They’ve nearly tripled in the past month and have grown by 10% in the past week alone.

“I had to turn away a cancer patient that needed an emergency treatment,” Florida oncologist Dr. Nitesh Paryani told CNN. “For the first time in sixty years of my family’s history of treating cancer, we had to turn someone away … We just didn’t have a bed. There was simply no room in the hospital to treat the patient.”

In New Mexico, the acting secretary of health, Dr. David Scrase, said if nothing changes, the state is on track to reach crisis standards of care within the next week to accommodate the continued rise in cases.

Scrase said Covid-19 intensive care hospitalizations have risen so quickly, officials are having trouble creating accurate charts to illustrate it.

“Because we’re at over 100% capacity, these beds are filled before we get time to make the map,” he said.

Not only are the raw numbers significantly worse than they were last year, but the situation is made even more tragic by the measures of protection that have become available since then, Dr. Paul Offit, a member of the US Food and Drug Administration’s vaccine advisory committee, told CNN.

“Last August, we had a fully susceptible population, and we didn’t have a vaccine. Now, we have half the country vaccinated, and many have already been naturally infected, which is protective,” Offit said. “But nonetheless the numbers are worse … the delta variant is one big game changer.” 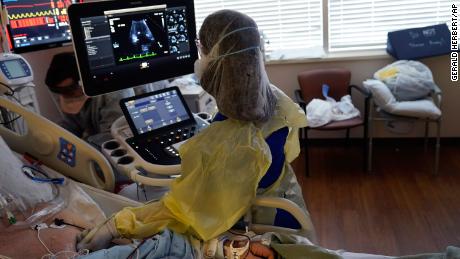 Some leaders change tactics, others double down

As cases have surged across much of the country, some leaders have implemented measures to mitigate spread, while others have pushed back on those types of measures.

“While we’ve made undeniable progress in our fight against this deadly virus, the rapid emergence of the Delta variant has made it clear that we need access to every tool in our toolbox to be able to respond to it,” County Executive Johnny Olszewski said in a statement. 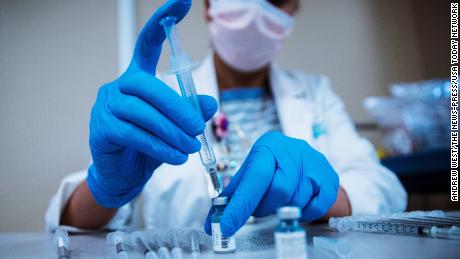 On Maui, in Hawaii, Mayor Michael Victorino asked residents and visitors to respond to soaring cases and hospitalizations there by avoiding unnecessary activities for at least three weeks. Victorino is also asking Gov. David Ige for approval of new mandatory restrictions on gathering sizes.

“This is not rocket science, everyone. It’s real simple,” Victorino said Tuesday. “We’ve got to step it up again.”

In Chicago, Mayor Lori Lightfoot joined many other leaders who have announced mandates for government employees to be vaccinated against Covid-19.

Meanwhile, the governors of Texas and Florida have doubled down on their stances against mandates for vaccination and masks.

Texas Gov. Greg Abbott issued an executive order Wednesday extending the current policy prohibiting vaccination mandates by “any government entity” throughout the state, according to a statement from his office.

“We think the parents are best situated to make that decision and if these entities are going to violate state law … there’s consequences for that,” DeSantis said, responding to questions from reporters.

With no vaccines available to children under 12 and school starting up across the country, experts are concerned about the growing number of infections among children.

Texas Children’s Hospital is seeing an unprecedented surge of coronavirus cases, with a record number of kids being hospitalized for the virus, and children are showing up sicker than before, Dr. Jim Versalovic, interim pediatrician in chief at the Houston-based hospital system told CNN Wednesday. 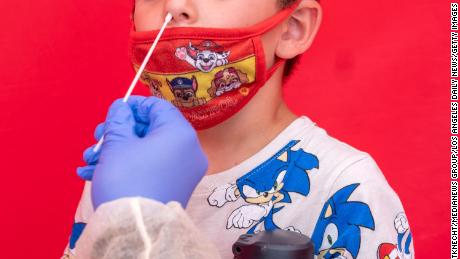 Earlier this year and last year, many children who tested positive for coronavirus had mild symptoms or no symptoms at all, he said.

And in Louisiana, the state department of health confirmed Wednesday that a child under the age of 1 died due to Covid-19, the first death in a child that young in the state in more than six months, Gov. John Bel Edwards said.

Tennessee Gov. Bill Lee reminded parents Wednesday that masks are the best tool to protect their children against spread.

“Every parent can have their children wear a mask to school, as a tool to mitigate the spread, to make sure that your kid is in school more days than not,” the governor said.

Last week, Lee signed an executive order giving parents the ability to opt their children out of a school mask mandate if one is implemented by a school board or health board.