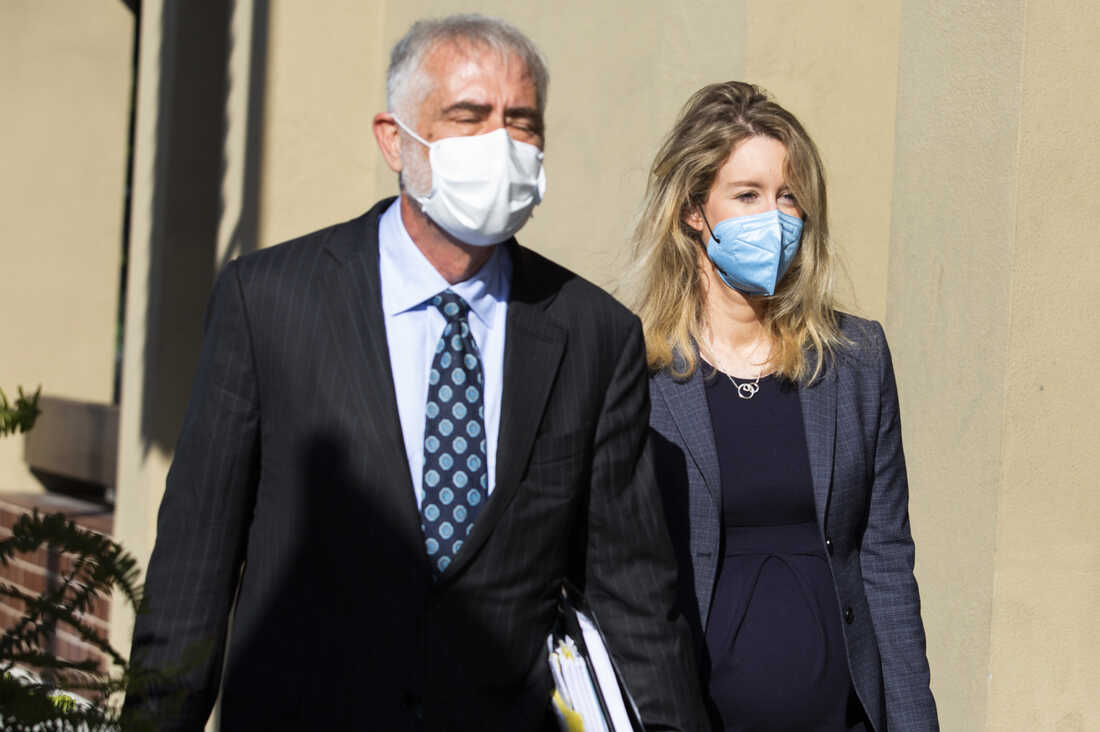 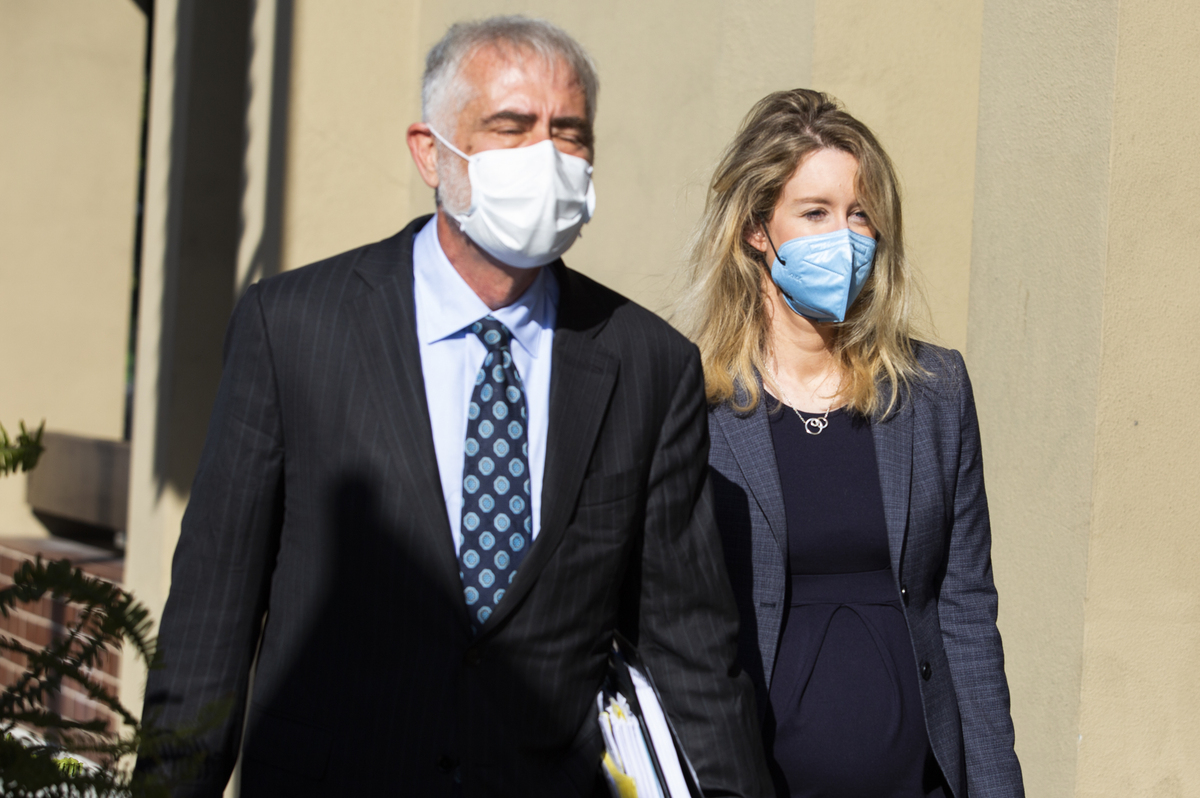 Jury selection in the criminal fraud trial of Elizabeth Holmes starts on Tuesday, the beginning of a highly-anticipated legal showdown over one of the most spectacular Silicon Valley scandals in recent history.

Federal prosecutors have charged Holmes and her former business partner and ex-boyfriend, Ramesh “Sunny” Balwani, with defrauding investors and patients of their blood-testing company Theranos, which Holmes and Balwani claimed would revolutionize laboratory medicine.

Patients who were wrongly diagnosed by Theranos tests are set to testify against Holmes. Some had been told they were HIV positive. Another, who was pregnant at the time, was incorrectly told she had miscarried her baby.

After the jury is chosen, opening arguments are slated to start on Sept. 8. The trial in San Jose, Calif. is expected to stretch on for four months.

In court documents unsealed Saturday, and first reported by NPR, Holmes’ legal team said she is highly likely to take the witness stand and accuse Balwani of manipulating and abusing her to such a degree that it affected her state of mind during the time of the alleged fraud.

Both she and Balwani, who will be tried separately next year, have pleaded not guilty. If convicted, each faces a prison sentence of up to 20 years.

Holmes, who has since married the heir to a California hotel chain, Billy Evans, recently gave birth. Her lawyers have requested arrangements so that she may bring her baby boy to court.

‘Fake it until you make it’ approach led to criminal charges

A Stanford dropout, Holmes dazzled Silicon Valley by founding Theranos at age 19. She promised its technology could screen patients for hundreds of diseases with just a finger prick of blood.

Holmes cultivated a mystique that included a signature black turtleneck like Apple co-founder Steve Jobs, whom she greatly admired.

Big names from former President Bill Clinton to former Secretary of State Henry Kissinger to Mexican billionaire Carlos Slim believed in the company, helping it attract global investment and a valuation of more than $9 billion before its fall from grace in 2015.

That’s when a series of stories in The Wall Street Journal showed that Theranos was not using some new, breakthrough equipment, as Holmes had claimed. Journalist John Carreyrou revealed that, instead, the company relied mostly on traditional blood-processing machines. And Carreyrou’s reporting revealed a pattern of flaws and inaccuracies in patient results.

“There’s an expression that’s become synonymous with the business culture of Silicon Valley, which is, ‘Fake it until you make it,'” Carreyrou told NPR about Holmes. “She thought it was OK to behave that way.” 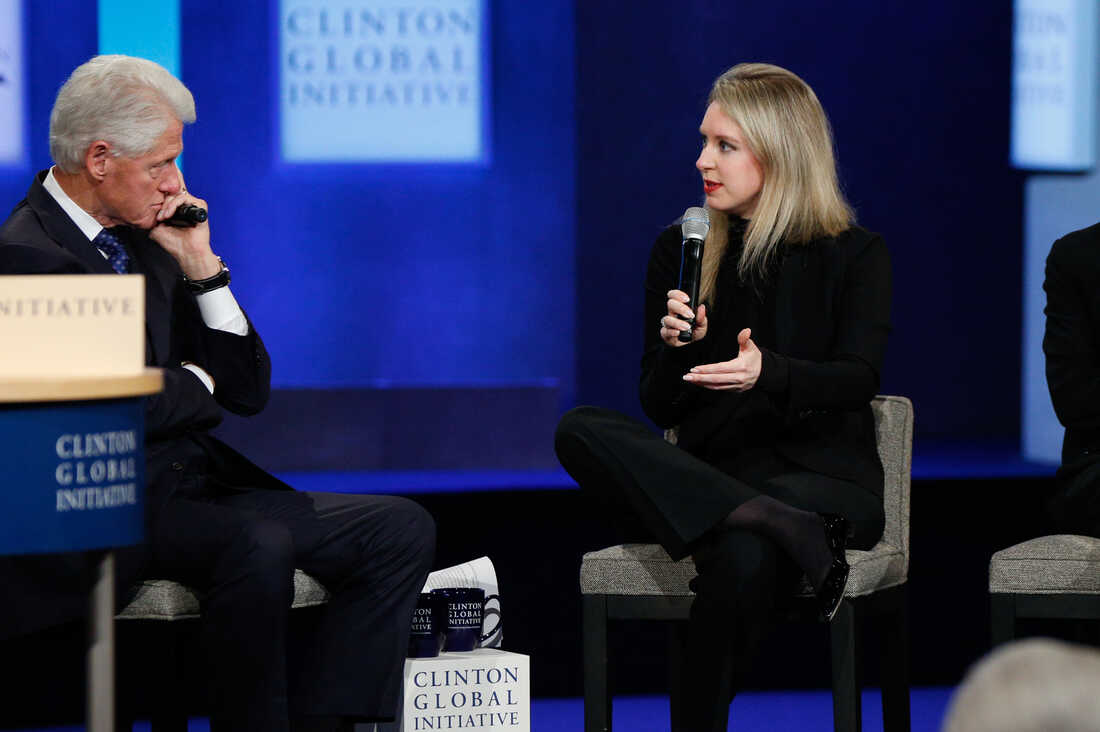 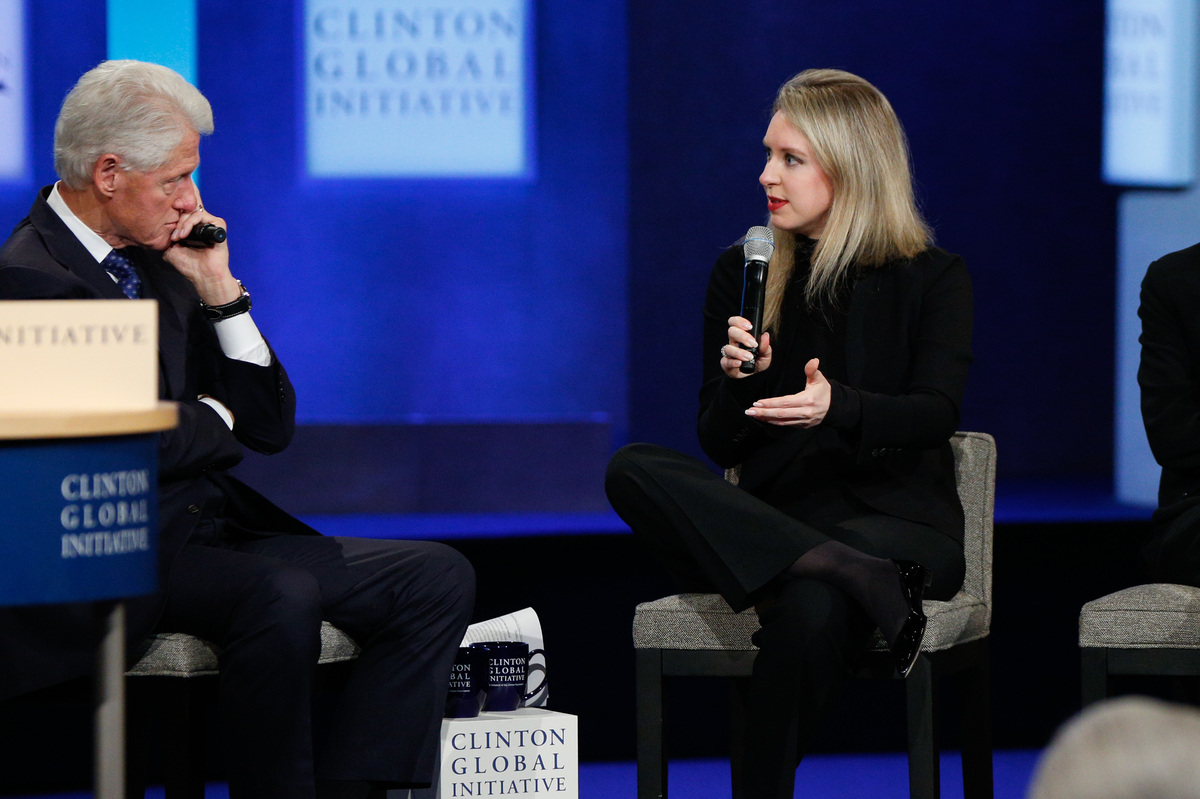 Walgreens stores in Arizona and California stopped allowing patients to get Theranos tests. Plans to expand testing to the rest of the nation were scrapped.

“This is what happens when you work to change things. First they think you’re crazy, then they fight you, then all of a sudden you change the world,” Holmes told CNBC in 2018.

Federal prosecutors allege that she was not a scientific genius, but rather a huckster who knowingly shilled technology that gave flawed or downright incorrect results to patients and left investors holding the bag.

Carreyrou, who has left The Journal and will be chronicling the trial in a podcast called Bad Blood: The Final Chapter, said the case could have far-reaching implications for tech startup culture.

“If she’s acquitted, the lesson that a lot of entrepreneurs and VCs in Silicon Valley are going to retain is that Holmes got away with it,” Carreyrou said.

Holmes and Balwani had a secret romance when she was Theranos’ CEO and he was its president and chief operating officer. Now the two are blaming each other for the company’s downfall.

Holmes’ defense strategy came into view in the documents released by the court on Saturday: Her lawyers said they have evidence that Balwani controlled what Holmes’ ate, when she slept, how she dressed and with whom she spoke. Court filings also disclosed that Holmes plans on accusing Balwani of domestic abuse, including throwing “hard, sharp objects” at her.

“This pattern of abuse and coercive control continued over the approximately decade-long duration of Ms. Holmes and Mr. Balwani’s relationship, including during the period of the charged conspiracies,” wrote Holmes’ lawyers in a filing.

Through his lawyers, Balwani has denied any abuse.

Theranos has made prosecutors’ job harder by destroying what could have been damning evidence against Holmes: a large database of three years’ worth of blood-sample lab reports.

The government, in April 2018, subpoenaed the database, which could have helped prosecutors establish a pattern of flawed or incorrect results through statistical analysis of the data. Months later, Theranos provided an encrypted version of the hard drive.

At the time, Theranos’ lawyers wrote in an email to CEO David Taylor, Holmes’ replacement, “We should just give [the Justice Department] the database and let them figure it out … [T]hey won’t know what to do with it and … the people who do are in India,” according to court filings.

Yet Theranos officials never handed over a “private key” that would have allowed prosecutors into the database, meaning all the data was locked.

Four days later, Theranos informed the court that it had physically destroyed the entire database, something that came as a surprise to prosecutors.

There is no evidence that Holmes had anything to do with the destruction of the database, but prosecutors allege that they will not have access to it because of the company’s actions.

Holmes maintains that the database could have proven her innocence.

“He did say to me that he thinks it’s the next Apple, and that I should get as much as I could get,” Lepera said in an interview.

She plunged more than $100,000 into the company, more than she had ever invested.

“Everybody kind of assumed that someone else had done due diligence and that these machines did in fact work,” she said. “So it was a con on a grand scale.”

In all, an estimated $700 million was lost in the unraveling of Theranos. Prosecutors allege that governments, businesses and other investors were duped by Holmes’ deceptive statements and presentations. 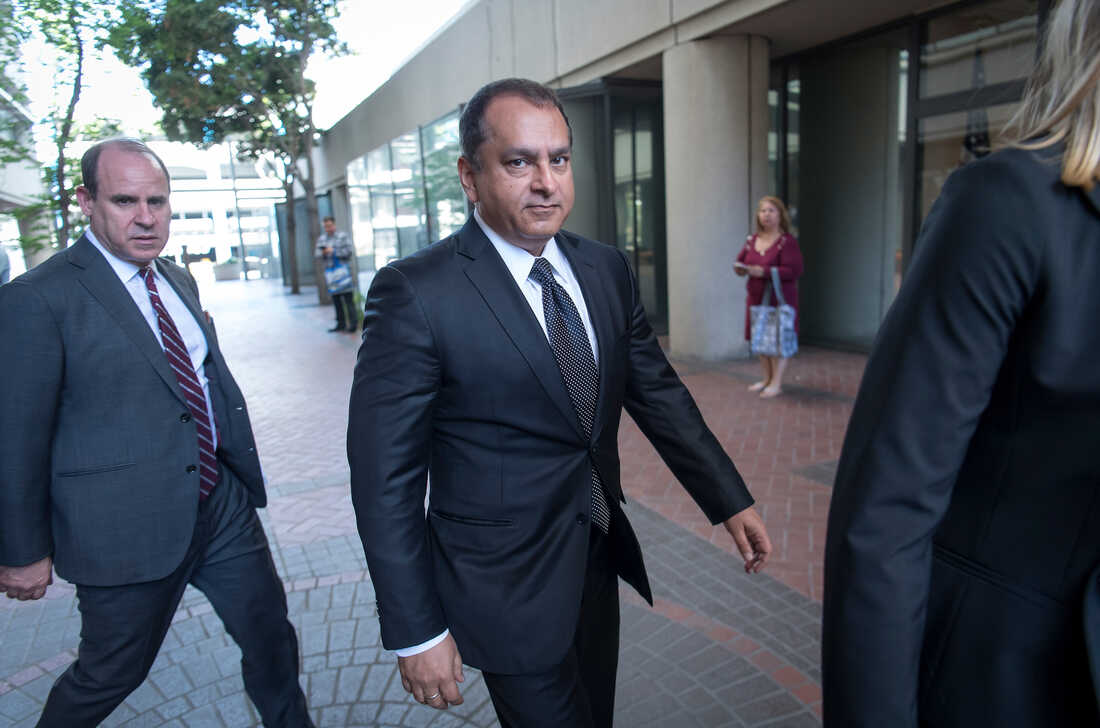 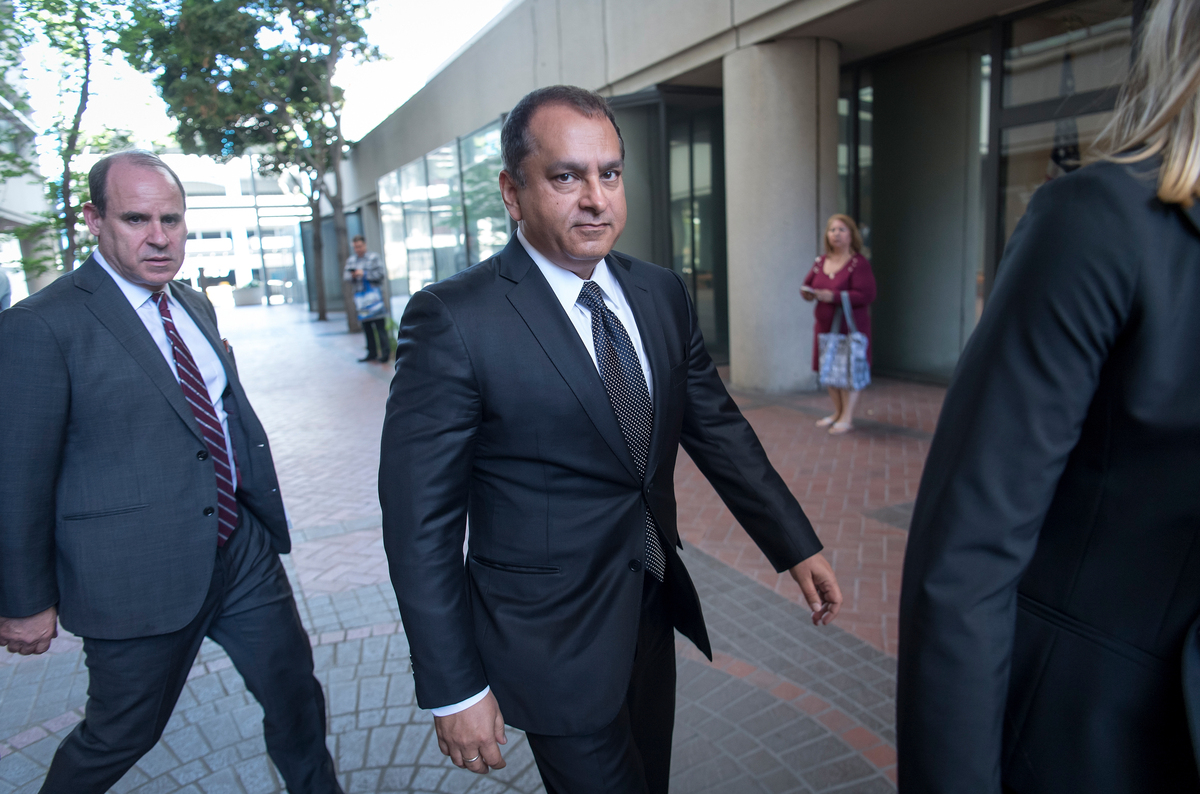 Holmes’ legal team is expected to cast the story in a different light, arguing that while Holmes may have exaggerated her company’s achievements, she never intended to mislead patients and investors.

And Thomas Joo, a law professor at the University of California, Davis, says convincing the jury that Holmes intentionally defrauded investors and patients won’t be easy.

“They may have thought that she mistakenly had too much faith in her product. She said false things, but if you say them unintentionally, it’s not a crime,” Joo said.

While Lepera is not hopeful that she will ever recoup her investment in Theranos, she said if the jury convicts Holmes, it will be something of a relief.

“I would feel good if justice was served,” Lepera said.