The Taliban want to lay down the law. Far outside Kabul, rural Afghans just want to get paid – CNN

“I have been assigned as the caretaker of the border crossing here,” he says. “The puppet government is now gone, without any resistance — all of them surrendered.”

The guard boasts about improvements made on his watch, including extending the hours when the border is open. “Let me tell you,” he adds. “Before, we had one single line for both men and women. Now they are separate.”

The decision is hardly a source of contention at the border; on the other side a Pakistani official, keen to cooperate with his new Taliban acquaintances, says it’s helpful to separate people by gender as they wait to be processed.

But when viewed in the context of the Taliban’s previous rule, the separation of men and women suggests a small, administrative, encapsulation of what many fear will become the norm in Afghanistan again.

When last in power between 1996 and 2001, the Taliban banned women from leaving the home unaccompanied by a man, forced them to cover their bodies, and stopped them from working in virtually every field except healthcare. 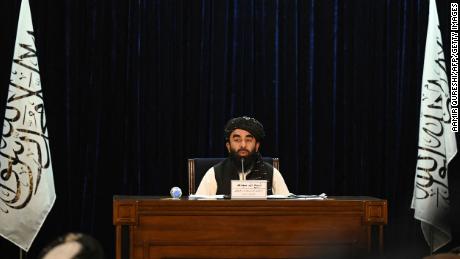 As the group flexes its far-reaching power across Afghanistan once more, many people in the country’s 34 provinces are anxiously awaiting word on the nature of the regime.

In recent days, a reporter took a trip from the Pakistani border to southeast Afghanistan and onwards to Kabul. Along the way, he attended Taliban gatherings and spoke to locals and business owners about how the militant group’s takeover the country had affected them.

In some towns, the new rule of law has been forcefully laid down to locals; Afghans who spoke to the reporter generally described an overall sense of improved security since the Taliban arrived.

But the journey also revealed a gulf between the Taliban’s insistence on a strict new social order and locals’ simple and desperate need to make a living. Many businesses were ravaged, with owners desperately searching for customers and employees going several months without pay. There are concerns too about Afghans’ access to basic services, and whether health care will be widely available in the coming weeks and months.

And as thousands flock to the borders in an attempt to escape the Taliban, those that remain have engaged in an awkward dynamic with local Taliban officials — from whom many have heard much about the rule of law, but little about the future of their finances, their businesses and their communities.

The Taliban have been quick to set up their own courts around the country. “We used to have to go far to get a Taliban court,” a local leader says at one such site in Gardez, the capital of Paktia province. Now there are many established throughout the country, serving as a reminder of the Taliban’s previous harsh law and order policies.

A judge, his deputy and other local leaders sit in a circle on the floor, discussing the dramatic change in governance of the previous weeks.

“We asked the previous judges how they used to work, (and) they said they were following the law of the land, not the Sharia,” says Taliban judge Qazi Ubaidullah. “In the Islamic Emirate, all the court proceedings are according to the Sharia law.” 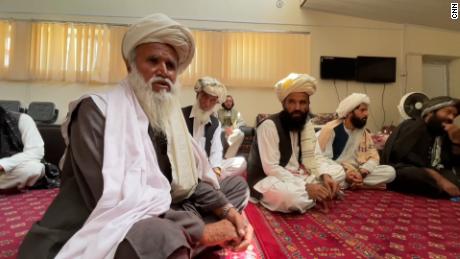 It’s unclear how radical the Taliban’s interpretation of Sharia law will be this time around — roughly two decades ago, it led to the persecution and targeting of various groups including women, LGBTQ people and ethnic minorities.

Already, despit repeated promises from Taliban leaders that the group will be more restrained, some of its fighters have pursued the same repressive approach. Afghan commandos, members of the media, singers and various other members of society have been targeted, threatened, dragged from their homes or executed in recent weeks.

A glance at a public Taliban gathering gives a far rosier first impression. “Look around you — everybody is happy,” a local elder says at a Taliban event in Nawa. “A new life has started in Afghanistan.”

But several other people across the region spoke fondly of the Taliban only when the cameras were on. Behind the scenes, there is evident concern among many Afghans about what the new regime means for them.

‘Our situation is not good’

At a hospital just west of the border, the most pressing worry is money. A maternity nurse says the small medical center hasn’t experienced problems in the weeks since the Taliban takeover; but she says she hasn’t received a salary for four consecutive months.

Dr. Janad Khan, in charge of running the small medical center, unlocks the padlock on the stock room door. Inside the dusty room, amid files and packed boxes, are enough medical supplies for three months.

“May, June, July, August … these are pending,” he says, displaying a pile of payments he was supposed to receive from the Afghan government as it entered its final weeks in power. Since the region fell to the Taliban last month, Khan said he has not received payments needed to keep the hospital running. 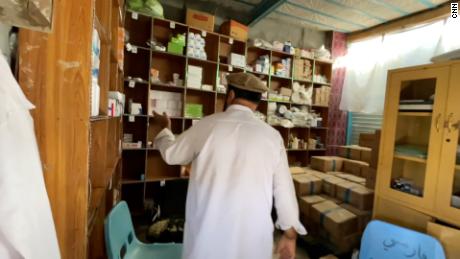 And while many around the world are watching the Taliban’s approach to social justice very closely, economic concerns are still the main concern for many Afghans, as they were months ago.

“Prices are high. Everything is very expensive,” says a fruit seller at a market in Paktika province. “Our situation is not good.”

The Taliban are visible in rural areas, but many Afghans there feel they have not provided people assurance. “We don’t know who is in charge; only lower rank people are here and we don’t know if we can trust (them),” the fruit seller says. “They are not telling us anything and the situation has not improved.”

Poverty was rife in Afghanistan before the Taliban took charge, and in the weeks since their takeover the country’s already fragile economy has crumbled. Weeks-long bank closures have left millions unable to access their savings, and international agencies, including the World Bank and IMF, have suspended funding in the region. 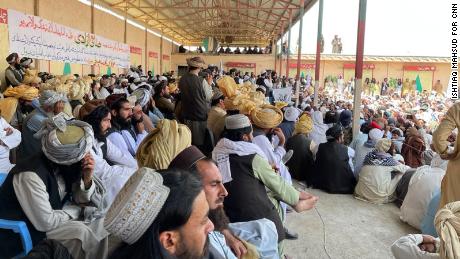 On Tuesday, the Taliban announced a new interim government. Its hardline makeup — largely comprised of veterans who oversaw the 20-year fight against the US-led military coalition — could complicate efforts at international normalization and frustrate efforts to resume aid into the country.

Médecins Sans Frontières (Doctors Without Borders) has warned that the country’s health-care system could collapse due to the shortfall in international aid. The UN’s Office for the Coordination of Humanitarian Affairs said last week that the country’s access to food aid and other vital resources is close to running out.

We don’t know what’s going on

On the streets of Afghanistan’s eastern provinces, that translates to an anxious daily reality.

“We don’t really know what’s going on, some people are scared, some have their own issues to deal with, and some have left the country,” a man at the market says. Another says that a rumor has spread through his community that the salaries of doctors and teachers are going to be cut. 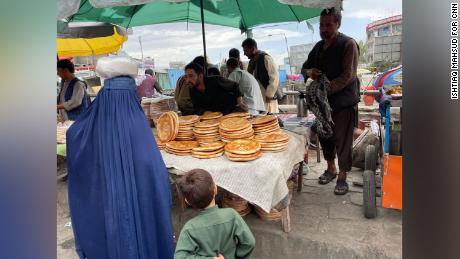 “We haven’t been paid for the past four or five months,” he says. “The old government is gone … but even under this new set up (there are) no salaries.”

At a tea shop, where finances are more stable, the owner adds: “I have no complaints about the Taliban, my business is doing well.” 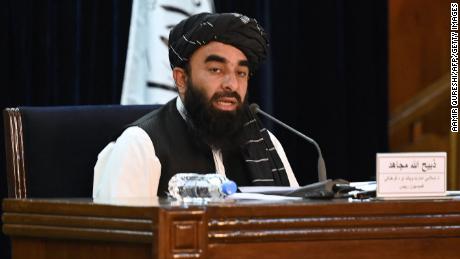 But fundamental local concerns still take precedence. “The only complaint I have is that the roads are closed, and I want them to open soon, so our products can be transported.”

The grievances found here and across southeastern Afghanistan demonstrate a chasm between the Taliban’s focus on social order priorities as opposed to the worries of many Afghans.

“We have problems with the economy,” another man says, stating an undeniable truth that has driven thousands to Afghanistan’s borders in recent weeks. “The Taliban should improve relations with the world, aid should come back, projects should start again.”

For those willing to share their true feelings, doubt remains over whether the Taliban will deliver.

Palestinians fly Nazi flag near Hebron; IDF soldiers shoot it down – The Times of Israel

Palestinians fly Nazi flag near Hebron; IDF soldiers shoot it down – The Times of Israel