The Real Housewives of Beverly Hills Recap: Who Let the Conchs Out? – Vulture 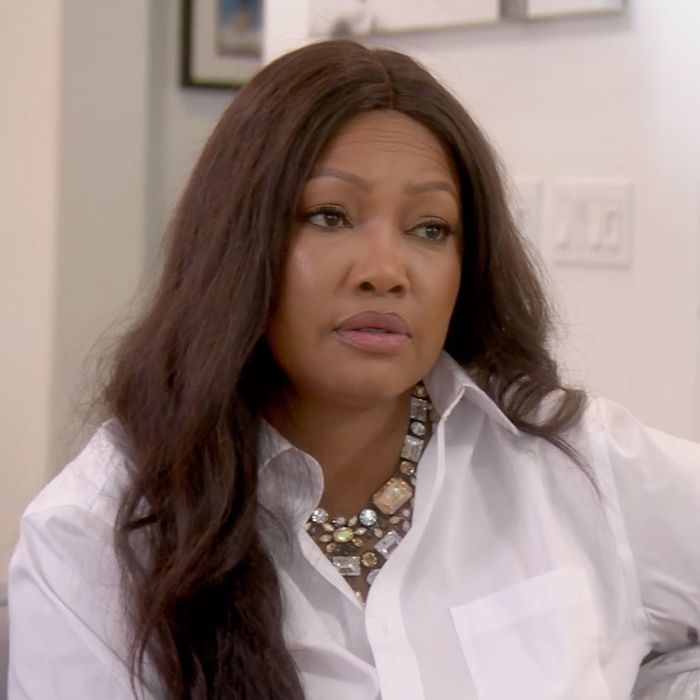 This week on our favorite show, Rich Women Doing Things, the rich women did things. They go to an auction preview and buy $4,800 Cartier rings on a whim, like when I stop by the bodega for a Magnum bar on the walk home on a hot night. They force their assistants to light about 900 candles on their front lawn for a dinner party as if people want to come eat on the set of a date on The Bachelor. And, of course, they threaten each other.

I sort of hate when Bravo gives us a “To Be Continued…” because what happens after that is usually not nearly as good as what happens before. Oh, not this week in the second part of the Dinner Party from Hell Part 2: The Quickening. We left off with Erika telling Sutton, “Or what?” and spitting venom in her face, and it somehow got even worse. Erika insinuates that if Sutton is saying Tom is lying about his health, she could be sued and then tells the women, “She should be quiet.” I don’t think she was really talking out of turn or could be schooled. After all, sitting around a dinner table talking about each other’s problems and fighting with each other is sort of the show. Sutton understands the assignment, as the kids say, and Erika is hoping that the assignment will change because she has not done her homework.

Then Erika says, “If you call me a liar again, I am coming for you.” When Sutton asks if she’s threatening her, she says, “That’s not a threat; that’s a promise.” That’s no way to talk to someone at a civilized dinner party, even if you disagree with that person or that person is coming for you. We all know Erika hates being called a liar, which can lead her to lose her temper, but just because there is a pattern doesn’t ever make it okay. Also, it’s Sutton. The only person she poses a threat to are the designers where she buys her clothes for always getting them on the worst dressed list. She’s so belligerently batty that she couldn’t effectively come for anyone. Insulting her as Erika does is sort of like seeing a mosquito on your arm and shooting at it, which does more harm to you than it ever does to that mosquito.

Sutton acts appropriately and gets up and leaves the dinner, taking her Baccarat party favor with her on the way out. Say what you will about Sutton, but she is not stupid. She knows good swag when she sees it. Sutton is on Kathy Hilton’s doorstep throwing a tantrum, and I feel like this is the only time she has ever thrown a tantrum when it was really justified. Usually, she’s mad that she’s not let in on the joke or someone forgot to tell her to bring a gift. Here she is actually aggrieved. Super producers Kyle and Kathy can’t talk her back into the house, so she drives off into the night, her new crystal butterfly just waiting to be forgotten about in a Bel Air drawer somewhere.

The next day, Lisa Rinna goes to Garcelle’s house to talk about what happened the night before, and Garcelle once again points out that on the show there is the Get Along Gang, and then there is Garcelle, Sutton, and Crystal. Garcelle is right that Rinna never takes her side. She just leaves Garcelle to twist in the wind and deal with Erika and Dorit lashing out at her. Rinna says she’s on the side of the truth, to which I want to bellow, “You can’t handle the truth!” like a frat boy in 1998. Lisa’s answer is that Garcelle hasn’t treated her very well either. Yes, she says that Garcelle did not thank her for a birthday cake at the moment though she did send a text thanking her for it the next day. Also, when Rinna and Harry Hamlin brought his famous sauce over to her house, she thanked them at the moment but did not send a text. Likening Dorit accusing Garcelle of making digs and not getting sufficient enough gratitude are two different things. But now, let the record show that Lisa Rinna needs thanks not just when she does something nice for you but also in a text the next day.

While they’re hanging out, Sutton and Kyle are shopping for very expensive furniture and jewelry, and Sutton is also getting mad at Kyle for what happened the night before. Sutton feels like she was pressured into having a conversation with Erika that neither she nor Erika wanted to have. Yes, Sutton, that is the show. Two women have beef, and the Get Along Gang makes them talk about it repeatedly until we’re all sick of it and just want to send Brandi Glanville (say her name three times and she appears) and Lucy Lucy Apple Juice (say her name three times and she appears, but you have to say it in dog) off to a desert island somewhere and never hear from them again.

But I do agree with Kyle: Sutton not wanting to address her statements about Erika made her look weak and Erika attacking Sutton was far too aggressive. I think this is a case of them both handling the situation wrong. But there is something that Sutton said that really struck me: her husband was controlling in their marriage and always told her what to do, and she doesn’t want to be told what to do anymore. That makes me love her; that makes me want to invest in her future and her struggles to be her own person. But she’s constantly skittering around like a baby deer whose legs are made out of wet Twizzlers. How can you see Sutton and not want to tell her what to do, not tell her how to protect herself? If she wants to make her own decisions, she needs to project a lot more confidence instead of the overflowing popcorn popper of emotions that we usually see.

Then we’re on to date night with Dorit, who looks like she is wearing a hundred pieces of iceberg lettuce molded into an outfit, and her husband PK, which is who you would get if Michael Darby’s face were an entire human being. I can’t say that I entirely disagree with PK, a dinosaur so disgusting it was erased from Jurassic Park, about Erika’s social media use. Yes, she has to make money and promote the brands she’s contracted to promote, but she also needs to worry about her reputation over the long term. Her social media posts are probably what is hurting her the most during this whole situation.

But also, why does PK, a hairball that is dancing to the Vengaboys, have to fixate on her “legs being open?” Did he not learn anything from “panty gate?” Did he not learn to keep his mouth shut and stay out of the women’s business? And why are we even hearing from this man about this stuff? He’s not on the show. He’s not a cast member. We’ve gotten enough opinions about Erika and how well or how poorly she’s handling the situation she’s in; why do we have to have this man opine about it?

Finally, they all go to dinner at Garcelle’s house for a Haitian feast, and it looks absolutely delicious. Unlike Dorit, I only speak one language (and that is gay), but I know I could not handle the spice of a Haitian meal. I think I would walk into that house and break into the sweats and probably shit myself. I will admit my pallet is the whitest of the white. I would have tried everything, though, just like Lisa Rinna did. I love how she’s like, “This is not the food I’m used to.” Yeah, that’s cause Lisa is not used to food. How many times have we seen her take three bites and then push her dinner around a plate? Certainly more times than I have eaten conch. Yes, I know you think that’s all I do when I’m in Fire Island. It’s conch for breakfast, lunch, and dinner. It’s conch for dessert, it’s conch at the tea dance, it’s random conch on the boardwalk when I’m walking home in the middle of the night. But, no. I don’t get a lot of conch. Hardly any, actually.

After the dinner, during a discussion about pants, one of the women brings up the meeting that Sutton called at Dorit’s house to talk about Erika. It makes both Erika and Sutton uncomfortable, and half the party decides that right then and there is the time to leave. And we’re left with something that is making everyone uncomfortable. No, I’m not talking about Kyle with curly hair (though that did unmoor me so much that my taint itched) but that Erika and Sutton can’t seem to repair the rift between them. They can’t “be cordial” like Housewives always tell enemies to be. They can’t find common ground. They can’t sit down and get over it. It seems like the two of them have damaged their relationship beyond repair, leaving this show, which is ultimately about conflict and conflict resolution, at a bit of a stalemate. It’s one dog barking loudly and the other cowering in the corner, and no one, not the women, not the producers, not even us, can seem to tame either one of them.

Dame Brian Moylan breaks down all the gossip and drama, on- and off-screen, for dedicated students of the Reality Television Arts and Sciences.


By submitting your email, you agree to our Terms and Privacy Notice and to receive email correspondence from us.