‘The Last of Us’ Series First Look 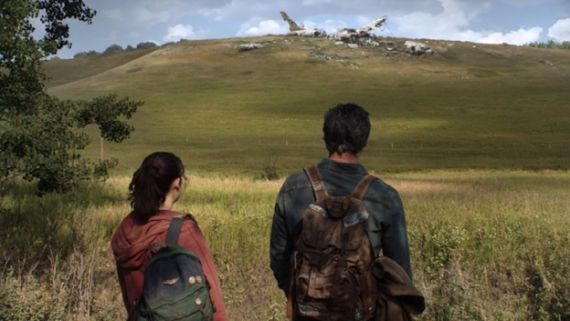 The first image has great attention to detail. It’s not much, it’s just Joel and Ellie looking out across a field at abandoned plane wreckage. It would have been nice to get a face reveal, but the image of the two main characters from behind is a smart marketing tease.

Pedro Pascal has been cast as Joel, the game, and series’ smuggler and main protagonist. I’ve been a Pascal fan since his brief stint on “Game of Thrones.” His starring role on the Netflix series “Narcos,” opposite the great Boyd Holbrook, was where the 46-year-old actor gained international fame as the cold, DEA agent who is obsessed with capturing Pablo Escobar. The pairing of Pascal and Holbrook is one of the best fictional, law enforcement pairings in recent television history. I’ve watched “Narcos” several times for the writing and characters. When I heard the news that Pascal was cast as Joel in “The Last of Us” series, I was instantly excited to see what HBO will do with the popular property.

The idea of “The Last of Us” as a television series or limited series is better than a movie. A series gives the story more chance for expansion and the ability to develop the characters. The game already has a rich world that can be expanded on with the right show runners who know the universe.

To me, like many others, “The Last of Us” franchise always had a “The Walking Dead” feel to it. Even the production image that was released looks a little like a scene from the AMC “The Walking Dead.”

Post-apocalyptic properties are hot right now. Could “The Last of Us” be the next must-see HBO show? They haven’t had a monster hit like “The Sopranos” or “Game of Thrones” in several years. The production still didn’t show much, but it was just enough of a tease to peak the interests of the megahit game’s fans.

Share
Facebook
Twitter
Pinterest
WhatsApp
Previous articleFree apps for Android & iOS: these Pro versions are currently free
Next articleEmily VanCamp Celebrates Four-Season Run On ‘The Resident’ As She Exits Series: “It’s Such A Bittersweet Moment For Me” – Deadline