Taliban declares the war is over, but Afghans fear return to brutal rule – Sky News

The Taliban has declared that the war in Afghanistan is over after insurgents took control of the presidential palace in Kabul.

Ashraf Ghani, the country’s embattled president, has fled the country – and now, the hardline group is planning to announce the creation of an Islamic Emirate.

He added that the Islamist militants want to develop channels of communication with foreign countries and pursue a peaceful transition.

“We do not think that foreign forces will repeat their failed experience in Afghanistan once again,” Naeem added.

Footage on the TV channel showed Taliban commanders in the presidential palace along with dozens of armed fighters.

One of the co-founders of the Taliban, Mullah Abdul Ghani Baradar, has said the group’s real test begins now as it turns its attention to governing. The moment the Taliban took over Kabul

The militants have been seeking to project a more moderate image by promising to respect women’s rights – and reassuring Afghans and foreigners alike that their lives are stake.

Taliban leaders have ordered fighters to allow citizens to resume their daily activities – and have been told to do nothing that might scare civilians.

Many Afghans are fearful that the Taliban could reimpose the kind of brutal rule that all but eliminated women’s rights, with some lining up at cash machines to withdraw their savings.

Roads in downtown Kabul were choked with cars yesterday, prompting some of those attempting to flee the country to walk to the airport instead.

The Taliban has insisted that its fighters would not enter people’s homes or interfere with businesses, and that an amnesty would be offered to those who worked with the Afghan government or foreign forces.

However, there have been reports of revenge killings and other brutal tactics in areas of the country that the insurgents have seized in recent days. 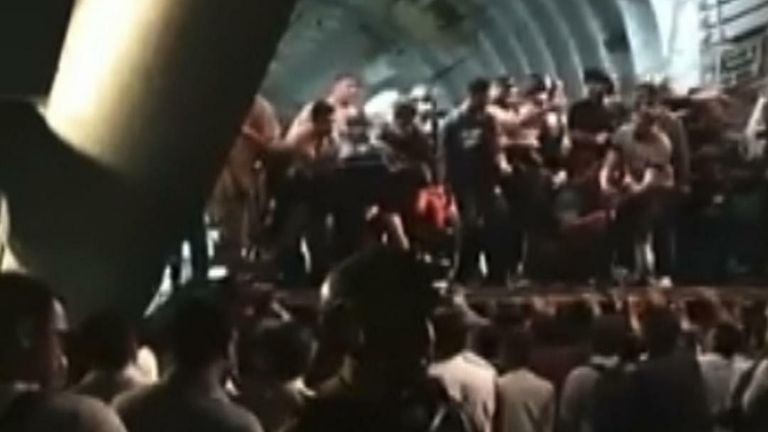 Afghans try to flee at airport

One female journalist sent messages to her colleagues that said armed men entered her apartment building and started banging on her door, and it is unclear what has happened to her.

In one voice message, she said: “What should I do? Should I call the police or the Taliban?”

During the Taliban’s rule between 1996 and 2001, sharia law was imposed harshly. Women could not work – and punishments such as stoning, whipping and hanging were administered.

President Ghani has been criticised for fleeing the country, with some local social media users branding him a coward for leaving them in chaos.

His whereabouts is unknown – but on Facebook, Ghani said he thought it was “best to get out” to avoid bloodshed and clashes that would endanger millions of residents in the capital.

Afghanistan’s acting defence minister Bismillah Khan Mohammadi said: “They tied our hands from behind and sold the country. Curse Ghani and his gang.” Where now for Afghanistan?

Meanwhile, the Afghan embassy in India tweeted: “We are all banging our heads in shame.”

The UN has said there are “reports of serious human rights abuses and violations in the communities most affected by the fighting” – and that Secretary-General Antonio Guterres is “particularly concerned about the future of women and girls, whose hard-won rights must be protected”.

Heavily armed Taliban fighters fanned out across Kabul yesterday – taking over abandoned police posts and pledging to maintain law and order during the transition. 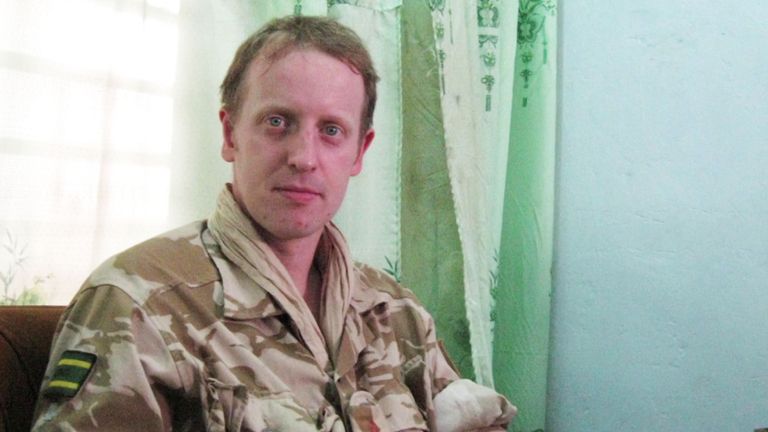 Was the Afghan war worth fighting?

Looting has also been reported in parts of the capital, including the diplomatic district, and messages on social media have urged people to stay inside and lock their doors.

The Taliban managed to seize almost all of Afghanistan in just over a week, despite the billions of dollars spent the US and NATO over 20 years to build Afghan’s security forces.

Days ago, a US military assessment had estimated that Kabul would not come under pressure from insurgents for a month.