By Kevin Kayhart For Dailymail.com

She an Oscar-winning actress, entrepreneur, wife, and mother of three, among other notable titles.

And while money can ease the long child-rearing process, Reese Witherspoon knows first-hand that any amount of cash and prestige doesn’t solve all the needs and problems that arise when trying raise ‘a great human.’

In the latest episode of the Armchair Expert podcast, Witherspoon opened up about some of the struggles she faced when she became a first-time mother with the arrival of daughter Ava in 1999, at the age of 23, which came three months after she married ex-husband Ryan Phillippe.

‘I did not have a lot of support with my first baby and I learned really early, like this is not going to work,’ she told hosts Kristen Bell and Monica Padman. 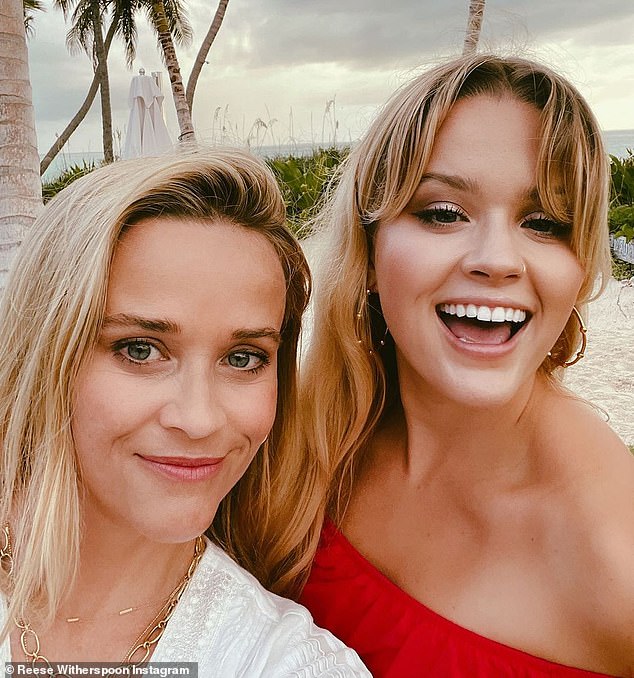 Motherhood struggles: Reese Witherspoon, 45, revealed she ‘didn’t have a lot of support with my first baby’ during an appearance on the Armchair Expert podcast; the actress is seen with her first child, daughter Ava, in July

Witherspoon explained that she had ‘tried to muscle through her initial five months of motherhood with Ava, now 21, just not sleeping and I became delirious.’

Sounding grateful and humbled, the Louisiana native went on to share how she was among a very small percentage of mothers with the flexibility to take time off from work during those first few months of motherhood.

‘I was lucky enough to have money saved and I didn’t have to work but it’s just not a one-person job. I would even say it’s not a two-person job,’ she added. 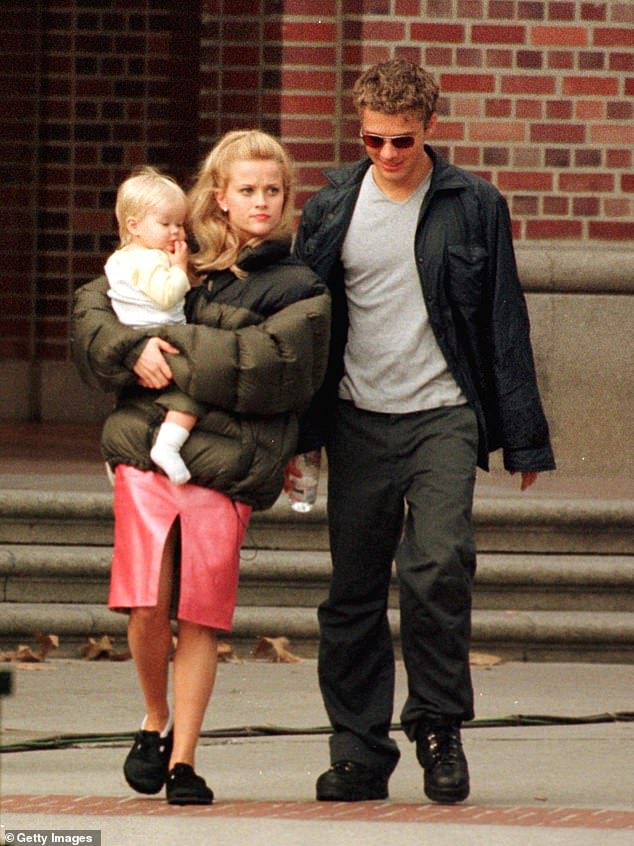 Witherspoon was 23-years-old when she gave birth to Ava and got married to ex-husband Ryan Phillippe; the former couple are seen on the set of Legally Blonde in October 2000

Leading up to her admission of feeling a lack of support with Ava, Witherspoon posed the questions: ‘Why do we not place more value on the raising of children? and, ‘Why is there not a quantifiable amount of money for caregivers, children, and the elderly?’

After venting about her frustrations on the subject, Bell interjected and suggested that there should be laws passed to make a difference when it comes to things like child care.

‘To grow a great human is nearly impossible. And we put no value on that,’ the Walk The Line actress shot back before sharing that she believes there would be real change ‘if women had more leadership positions.’

‘We need more support for people who have to leave their jobs to take care of their children.’ 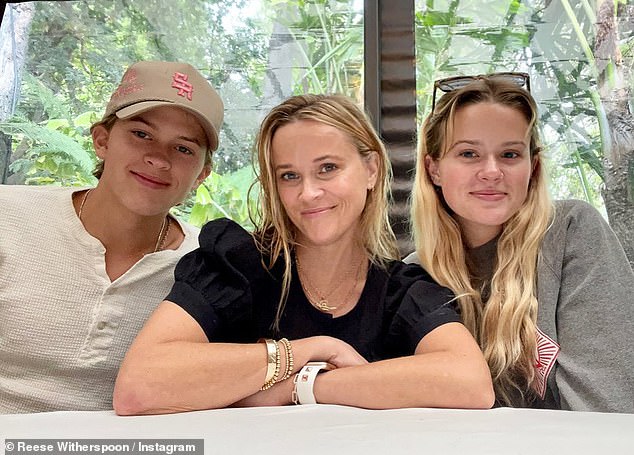 Struggles of parenting: The Walk The Line actress called parenting ‘a two-person job’ on Armchair Expert; the proud mother is pictured two days ago with her daughter Ava and son Deacon, 17, both of which she shares with her ex-husband

While burst into laughter, Witherspoon joked about how she couldn’t even remember her phone number during the first 12 weeks of motherhood.

‘The reality is it doesn’t stop at just the mom getting her 12 weeks off,’ Bell said while also laughing, adding, ‘There are two people to make a baby for a reason, because babies are difficult; they’re very, very loud.’

Witherspoon and Phillippe were married in June 1999, which was three months before they welcomed Ava to the world.

They would eventually announced their separation in October 2006, and finalize their divorce the following year.

Witherspoon also has an eight-year-old son, Tennessee, with second husband Jim Toth, whom she married in March 2011. 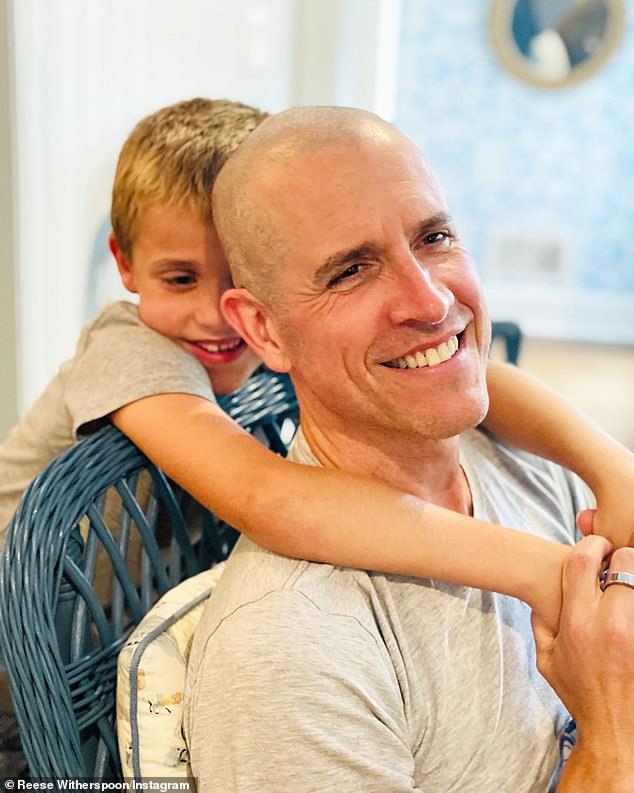 Mommy again: Witherspoon also has an eight-year-old son, Tennessee, with second husband Jim Toth, whom she married in March 2011