Reese Witherspoon recalled a particularly upsetting incident of sexism that left her in ‘tears.’

On an August 27 episode of Kristen Bell and Monica Padman’s podcast We Are Supported By, the 45-year-old actress got candid about her reaction to a caricature of herself from 2015.

In the image — which appeared in TIME — she was alongside Gwyneth Paltrow, Blake Lively, Jessica Alba and Lauren Conrad and the headline read ‘Hollywood’s New Domestic Divas.’ 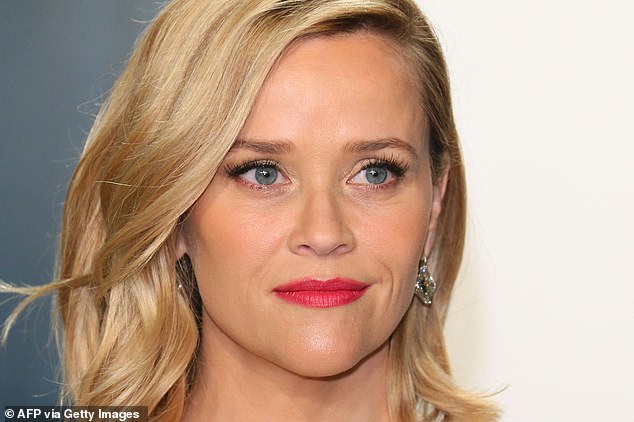 Upsetting: The 45-year-old actress recounted a particularly upsetting sexist caricature of herself from 2015 that caused her to ‘burst into tears’; pictured 2020

The image accompanied an article about Hollywood figures who had recently become entrepreneurs as Reese was photoshopped wearing an apron and holding a vacuum.

At the time she had recently created Draper James, an e-commerce site that sells clothing, accessories and homegoods with a southern flare.

The article described the five women as ‘peddling the ephemera of their domestic bliss.’

‘I think it was 2015. had started a clothing business. Gwyneth was really growing Goop. Blake Lively had a business, Jessica Alba had a business, and they did a caricature cartoon of all of us,’ Reese recalled in the interview.

‘We were in ballgowns, and they stuck our heads on, and Jessica was holding an iron, and I was holding a vacuum cleaner. The whole thing was so offensive that I burst into tears.’ 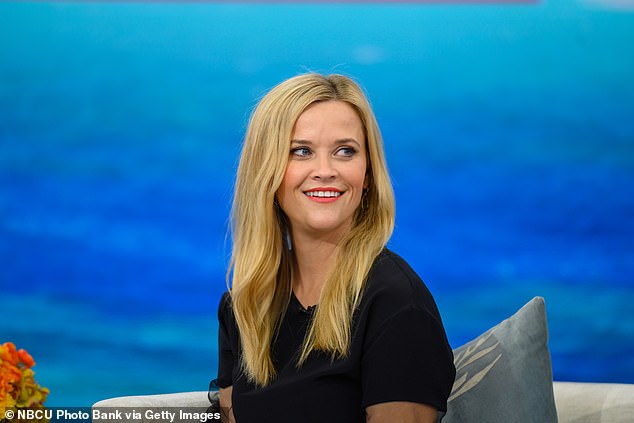 Offensive: On an August 27 episode of the We Are Supported By podcast, the actress got candid about her reaction to a caricature of herself from 2015 in which branded her as a ‘domestic diva’; pictured 2019 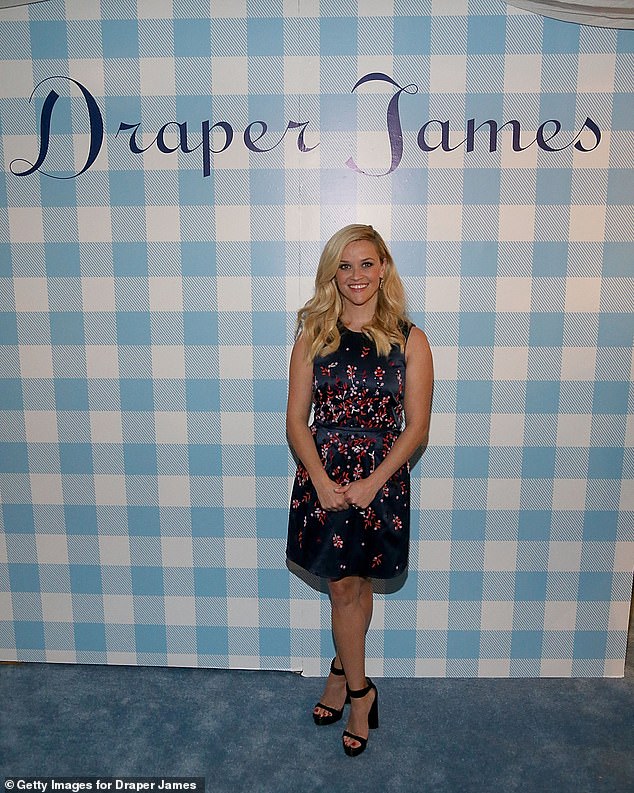 Business venture: TIME wrote a story about Hollywood figures who had recently become entrepreneurs and they were penned as ‘Hollywood’s New Domestic Divas’; pictured Reese at her Draper James clothing store launch 2016

Reese went onto say that the publication said ‘sorry,’ but the incident has continued to sit with her as an example of a larger cultural issue.

‘I’m not even talking about 10 years ago. I’m talking about 2015, when we decided, okay, we’re going to be entrepreneurial, take a swing, invest our own money, our own time, our own reputation, and try to do something that George Clooney has done, Robert De Niro has done — and getting lampooned for it.

‘That message to little girls is: “If you’ve had success in one area, you can’t have success in another.” ‘

And to that tune, the Legally Blonde star went on to say in the podcast interview that the incident helped fuel her to create her production company Hello Sunshine — which aims to tell women’s stories — and allowed her to be actress, producer, director and owner.

In the TIME article she had said at the time: ‘As a woman, I don’t think we’re as busy as our male counterparts,’ as she alluded to Hollywood pigeonholing women into certain roles at they age. 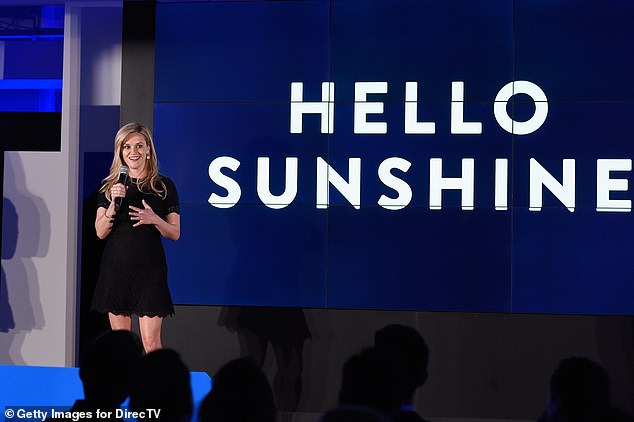 Driving force: The Big Little Lies star went on to say that the incident fueled her to start Hello Sunshine as she told herself at the time ‘I’m going to self-fund this company because I want to own this company’; pictured 2016

She told Bell and Padman of creating Hello Sunshine: ‘I consciously went about this about six, seven years going, “I’m going to self-fund this company because I want to own this company.”‘

It was sold to private equity firm Blackstone for nearly $1 billion dollars earlier this month, and she said the sale made her feel that the ‘banking world’ values ‘women storytelling.’

‘The thing that made me happy about the [Hello Sunshine] announcement is that the banking world and private equity world value something that is about women and women storytelling in such a huge way.’

Reese certainly came full circle with the publication as she went on to land the cover of TIME in May as they hailed Hello Sunshine as one of the top 100 most influential companies, while speaking to the ‘media empire’ she was building. 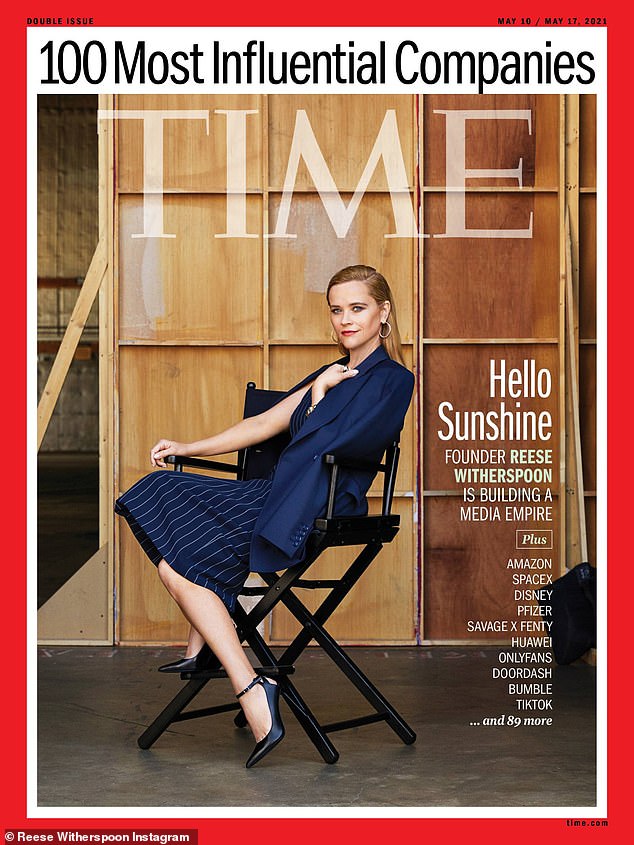 Back with a vengeance: In May she went on to land the cover of TIME Magazine and her Hello Sunshine production company was hailed as one of the top 100 most influential companies 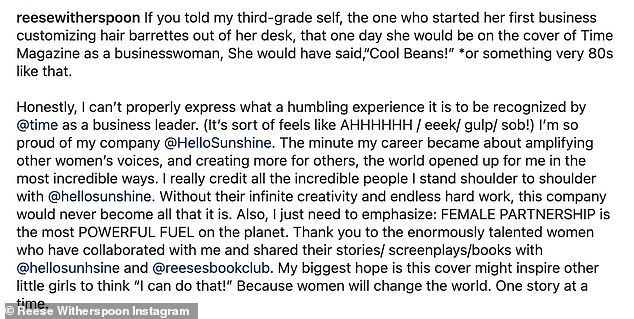 On top: The Legally Blonde star gushed about being ‘recognized by TIME as a business leader’

Share
Facebook
Twitter
Pinterest
WhatsApp
Previous articleWhat is Big Data? The History, Importance & Examples of Big Data
Next article100,000 more people could die by December, Fauci says. But it is still possible to turn it around – CNN