OnePlus has long announced that it’s going to merge its OxygenOS with Oppo’s ColorOS following the shocking reveal of its secret partnership with Oppo that was neither secret nor shocking. While a few new OnePlus devices are already running a ColorOS-based version of Android with an OxygenOS skin on top of it, OnePlus hasn’t officially revealed how exactly it will transition all of its currently supported devices to ColorOS. Well, you’ve got to wonder no more — the OnePlus CEO Pete Lau has laid out a roadmap, detailing how things will progress from here.

OnePlus and Oppo are already in the process of merging their software development teams, with Head of OxygenOS Gary C. as the lead, overseeing the unified operating system. OnePlus says that the merger will “combine the strengths from both into one even more powerful OS: the fast and smooth, burdenless experience of OxygenOS, and the stability and rich features of ColorOS.”

However, despite the shared code, OxygenOS will retain a distinguished look compared to ColorOS. CEO Pete Lau says, “We will customize the unified OS specifically for OnePlus devices to make sure it meets your expectations, for example by keeping it as clean and lightweight as before, and continuing to support unlock bootloaders.” That’s right, even bootloader unlocking, one of the hallmark feature of the former enthusiast brand, remains on board, which is great to hear. Lau continues, “I believe that the unified operating system will keep the DNA of OxygenOS that many of you love so much, while also giving you an upgraded experience overall.” 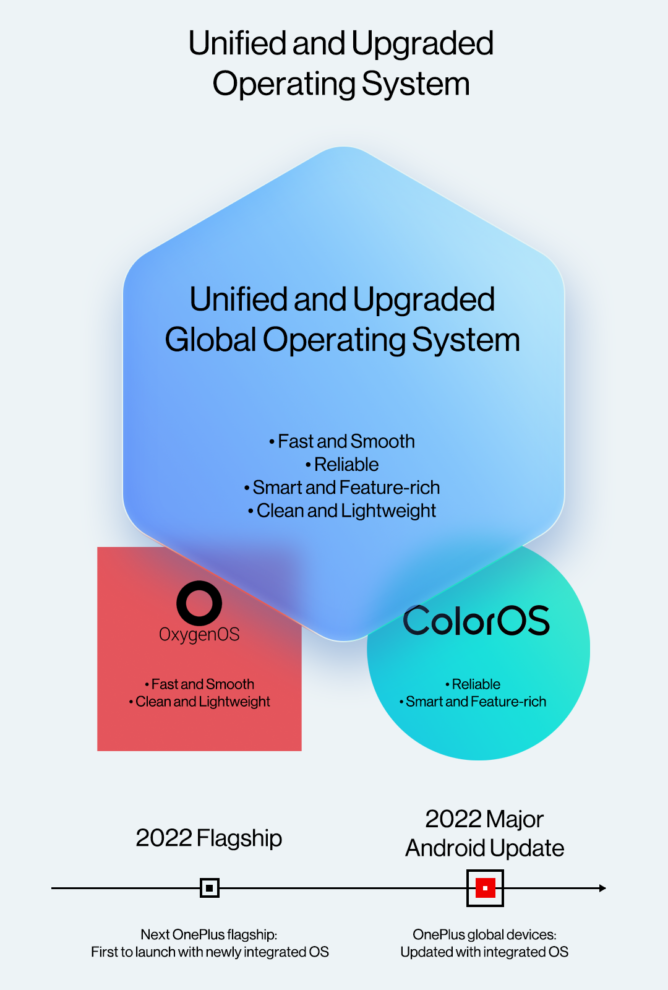 As for the timeline, OnePlus wants to introduce the newly integrated OS to its flagship lineup with its upcoming 2022 high-end device first, which will likely be the OnePlus 10. The merger should be fully completed in the same year, when all currently eligible smartphones from the company will receive the brand-new software. OnePlus will share which phones exactly will receive the update at a future time.

That said, some of the company’s phones already run on ColorOS, specifically those in China. Internationally, there’s also the OnePlus Nord 2, which was launched with a ColorOS-based software, so the transition is already fully underway. Looking at ColorOS on this phone, settings are a little shuffled around and some things look a little different, but all in all, it’s still the OxygenOS we know and love, as our own Scott writes in his review.

In theory, this unified approach to software should also lead to faster update, which is direly needed for OnePlus, the company that’s become notorious for lagging behind the competition on the software side. 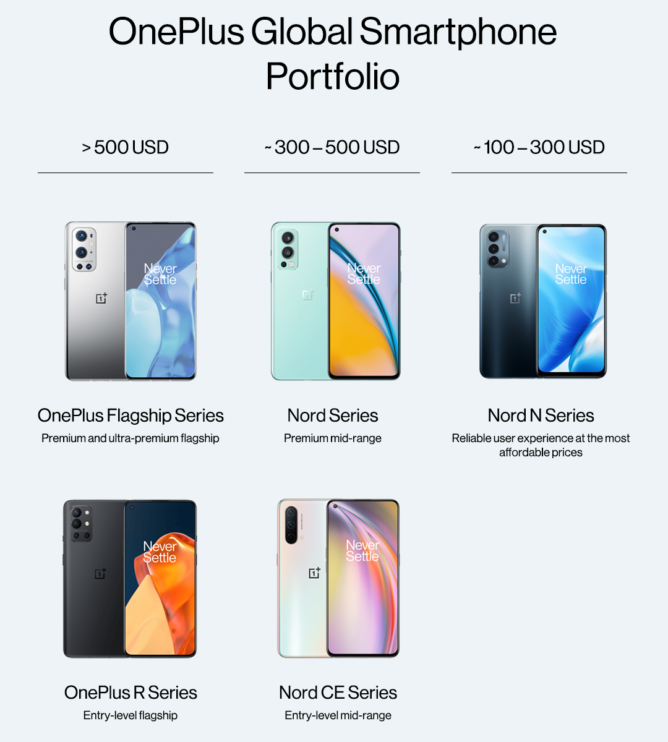 Further, The Verge reports that OnePlus wants to skip its T-series going forward. That means that there won’t be a OnePlus 9T this year, and the company probably won’t release any other T-series phones in the future, either. Instead, OnePlus wants to focus on diversifying its lineup globally, with devices specifically catered to individual markets — a strategy made popular by Xiaomi and Realme.