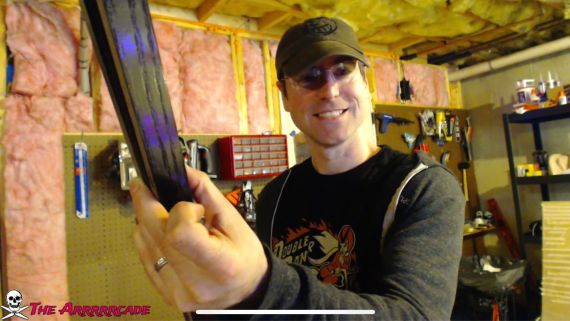 A week is a long time in pinball! When we got in touch with Mark Seiden (aka: TheArrrrrcade) last week to chat about his impressive homemade Metroid Pinball machine, he was just an amazingly humble and talented homebrew pinball designer. A week later, Mark was announced as Jersey Jack Pinball’s newest pinball designer, rubbing shoulders with industry legends (and now teammates) Steve Ritchie, Pat Lawlor and Eric Meunier! Prior to finding out this news, we had asked Mark if he had aspirations to become a pinball designer, so this was great news indeed and very well deserved. If his Metroid Pinball is anything to go by, then watch out for Mark’s creations at Jersey Jack Pinball (JJP)!

Before all this JJP news, it was Mark’s homebrew pinball machine that caught our attention. Based on Nintendo’s iconic Metroid franchise, Mark’s pinball machine has been able to capture Samus Aran’s world all under glass, with a whole lot of bells and whistles to immerse the player in the theme. Tackling a monumental project like a homemade Metroid Pinball machine is no easy feat. The immense number of skills and disciplines required to create a pinball machine is just mind-blowing, so it is quite staggering to think what Mark has been able to achieve on his own – no wonder his talents caught the eye of a major pinball manufacturer. 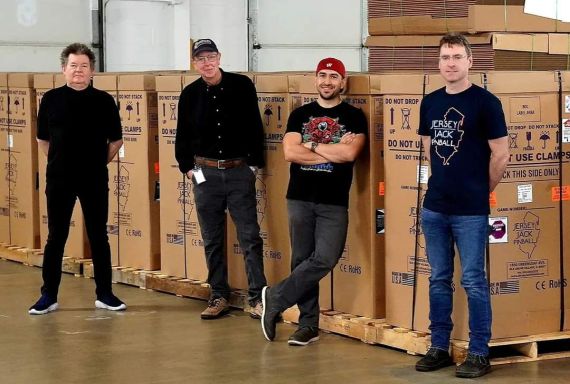 We sat down and had a chat with Mark about how he got into pinball, what led him to start creating his own pinball machine and all the ups and downs associated with such a monumental project. Put down Metroid Dread for now and let’s meet Mark Seiden!

Ausretrogamer: Thank you for taking the time to chat to us. Please tell us a bit about yourself and how you got into pinball?
Mark Seiden (MWS): In the 90s I was more of a Mortal Kombat/Street Fighter kid. Pinball was there in the background and I would occasionally play but that wasn’t why I was hanging out in the arcade. It wasn’t until the early 2000s when I started seeing my wife that I started getting into pinball. We were at Dave and Busters, back when they still HAD pinball, and we spent the entire evening playing Star Wars Episode 1. We decided then that someday we should buy a pinball machine.

Unfortunately we didn’t have space at the time because we were living in a small condo. We moved a couple of times and finally we had much more space. So we decided to buy a game. We checked out a bunch and decided we wanted Doctor Who since we were both fans of the series. We bought it from an online retailer, supposedly shopped and working. When it arrived it was obviously anything but that. After hounding the seller they finally sent out someone to fix it. He was a local repair guy who was excellent about actually teaching me what he was fixing.

In another year we bought our second game, and the next year we bought our first new in box game, a Wizard of Oz. I was getting better at repairing and even working on friend’s games occasionally. Then after a while I decided that I would take on the challenge of designing and building my own game. 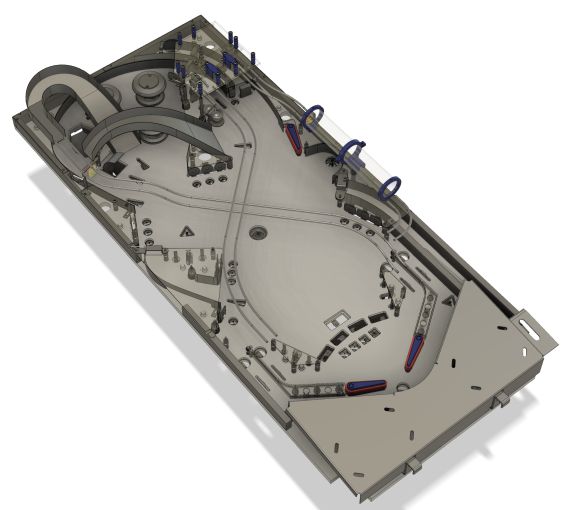 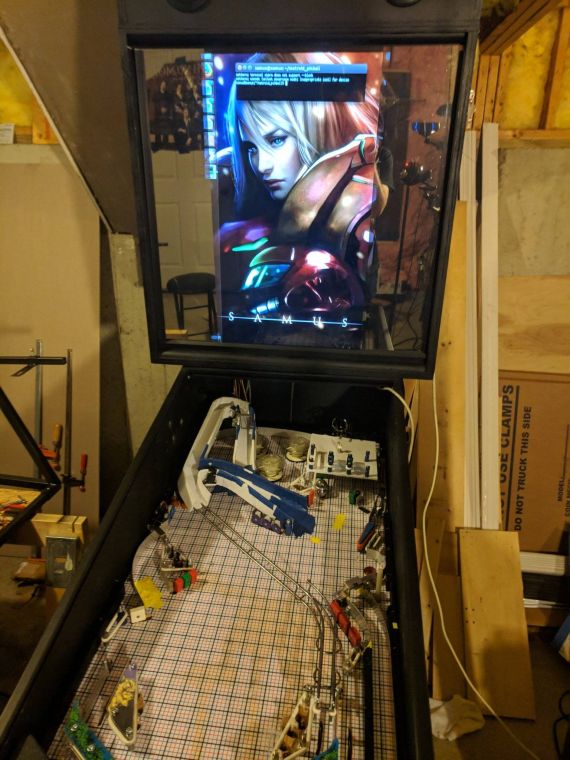 ARG: When did you get the idea to build your own pinball machine and how did you choose Metroid as the theme?
MWS: In 2015 I made up my mind to make a homebrew after watching a homebrew panel at Pintastic New England. The next year I purchased a half-populated, filthy, Data East Jurassic Park playfield. My brother joined me for a bit while I was stripping it for parts. He looked at what remained of the dinosaur mech and said “You should make a Metroid game. That thing could be Kraid!” I didn’t end up using that mech because it was missing too many parts, but the theme stuck.

ARG: Where does one even begin with building their own pinball machine – it seems such a daunting project – did you have any prior experience in building a pinball machine?
MWS: You start with a drill, a piece of wood, and a pinball controller such as Fast Pinball (what I chose) or P3-ROC. Of course you’ll need a few mechs such as flippers and slingshots. For software you can use the Mission Pinball Framework. Some people start off making their game virtually using Visual Pinball.

I didn’t have any prior experience building games but you do need a basic understanding of how to wire a switch or coil. 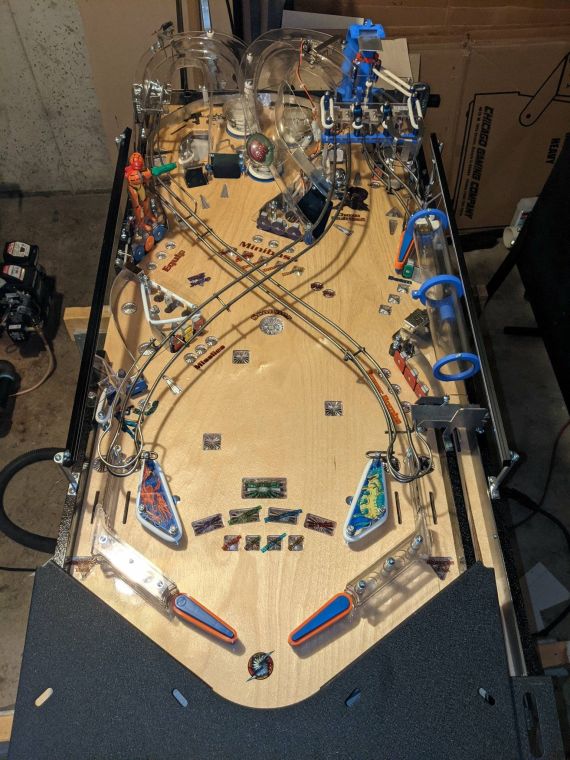 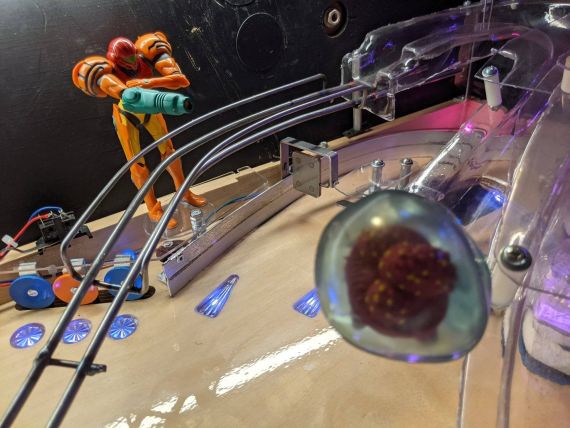 ARG: How long have you been working on this one of a kind machine?
MWS: I started in 2016. Since 2019 the majority of my time has been writing code.

ARG: How far off are you from completing Metroid pinball?
MWS: Really, will it ever be done? And since I was just hired as a game designer at Jersey Jack Pinball, I don’t think I’ll have time to truly finish it. I will be working on a different license. My goal now is to finish and polish the game code.

ARG: What has been the most challenging part so far in building this Metroid pinball game?
MWS: Each individual thing in building a homebrew is fairly easy. It’s just that there are so many things that putting them all together is difficult. I’d say for myself the thing I’ve struggled with is welding. Other people might say coding or wiring. There are many skills needed to build a game.

ARG: Do you have a favourite aspect (playfield toy, ramps, lighting, code etc) on this machine?
MWS: The things I like the most are the light shows, exploding bridge mech, and the Metroid ball dropper. 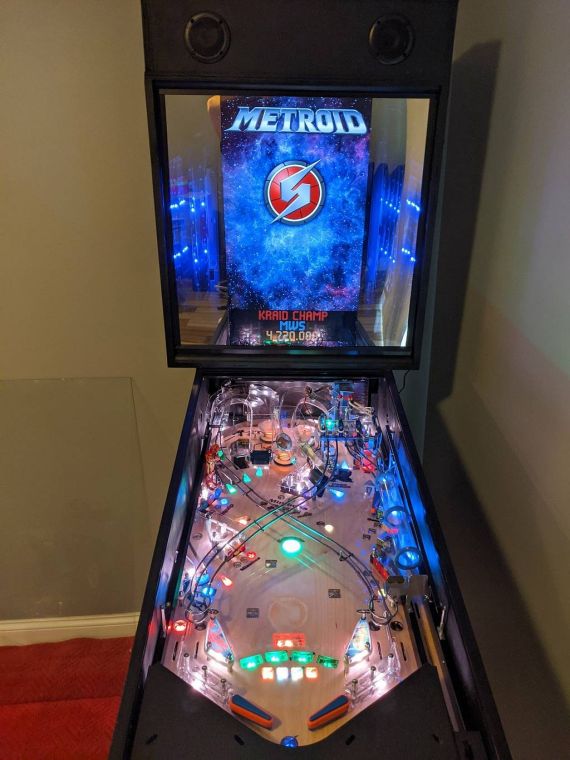 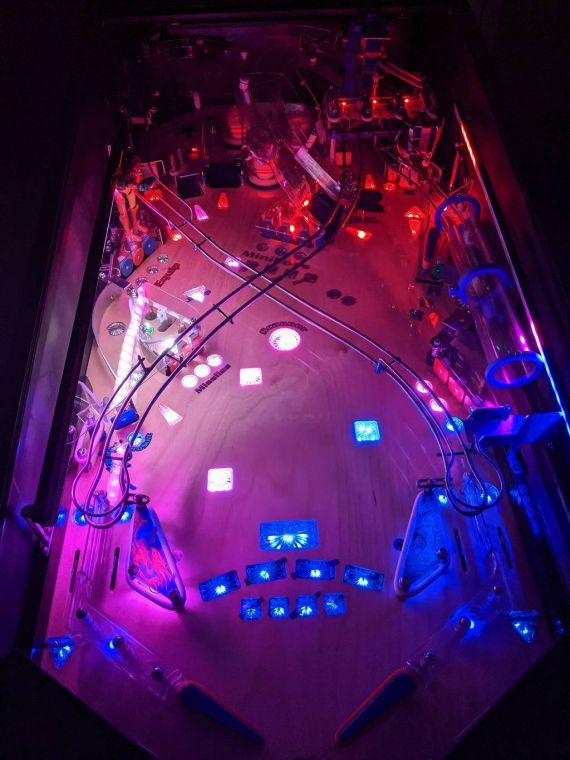 ARG: The backbox is quite intriguing, can you tell us more about its design?
MWS: The backbox uses an LCD screen in portrait orientation. I use it to dynamically change backbox art and display a virtual DMD. There are also 100 individually addressable RGB LEDs used in an infinity mirror, like an updated Xenon or Space Invaders. It’s also way too tall and I want to rebuild it. It was originally a Sega Showcase backbox. I put a speaker box on top which adds a lot of height. I also converted the front panel to accommodate the screen and lights.

ARG: For the techies out there, could you tell us what is under the hood that is driving this machine (controller boards, software etc)?
MWS: The pinball control system is Fast Pinball. The Fast controller also drives the backbox lights. There’s an Up Squared single board x86 compatible computer running Mission Pinball Framework for the game code. The playfield lights are driven by a Fade Candy board. All lights are NeoPixel compatible. I have 5, 12, and 48 volt power supplies.

ARG: Once this is done, do you have plans to build another one – if so, can you tell us the theme? (You don’t have to tell us if it is a secret)
MWS: Yes, and I can’t say! ARG: Haha, touche 😉 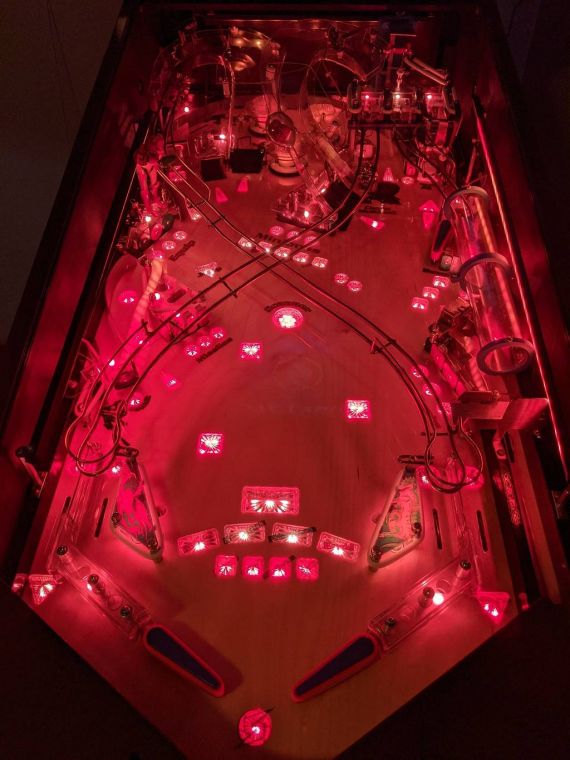 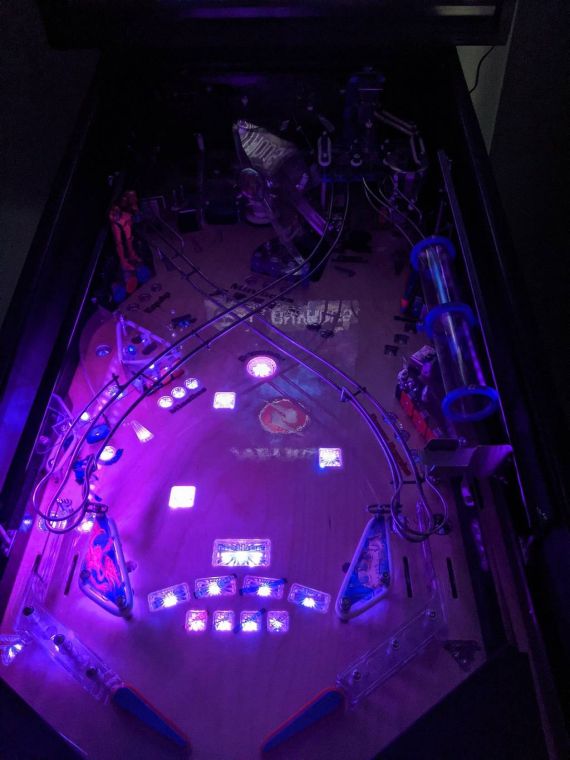 ARG: You are clearly well talented, so do you have aspirations to become a designer at one of the many pinball manufacturers?
MWS: You sent me these questions the week before I started at Jersey Jack. I think it’s safe to say that I do have aspirations to work at a pinball manufacturer! I’m incredibly excited to have the opportunity to work on a production game and learn from these talented game designers.

ARG: Lastly, where can folks go to see find out more about your creations and keep informed on all things Metroid Pinball?
MWS: I have a Pinside thread all about Metroid Pinball. I also stream on Twitch and post on Twitter. 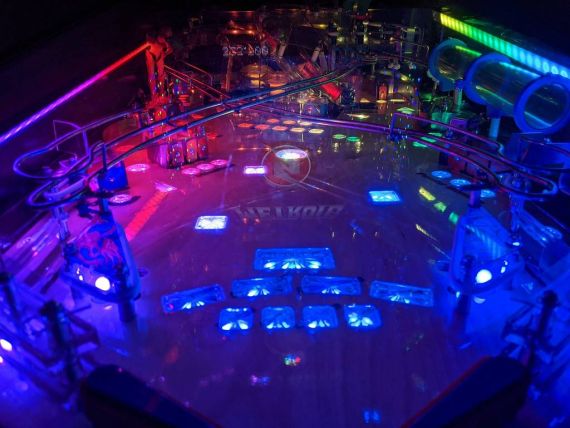 After speaking to Mark, we feel inspired to tackle a project like this. Ah, but then reality hits, as any project of this magnitude would be a massive undertaking. The dedication that Mark has shown in his ability to begin building a real pinball machine without prior experience is something to be commended. We are truly in awe of Mark’s creation and his skills in getting his Metroid Pinball machine to where it’s at right now – we’d love to sneak it into our Fun Factory.

As we thank Mark for his time and say our goodbyes, we honestly can’t wait to see what he creates for us all at JJP!