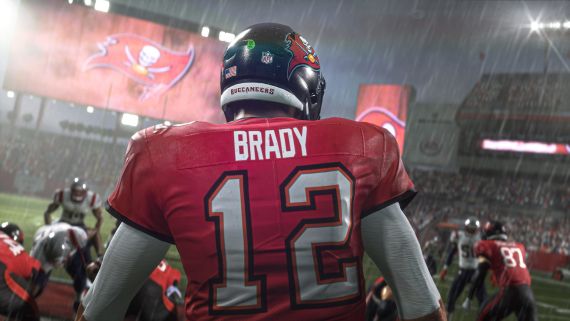 Before every NFL season begins, I like to play the full schedule of the reigning Super Bowl champion from the previous season. A few weeks ago, I played the Tampa Bay Buccaneers full 2021 season on Madden ’22 on my Xbox. My takeaway of how this season will go for Tom Brady and the Bucs is rather simple: They’re going to be very good. I only lost 3 games playing their ’21 schedule, but they were interesting losses.

Since I was a teenager, I’ve been playing a full season of Madden before the start of the NFL season. The teams that I lose to with the defending champions are usually the teams that the real squad end up losing to. It’s strange, but it’s the way it usually works out.

In my simulated, Xbox world, the Buccaneers lost an away game to the Washington Football Team by a field goal. Washington’s defense smothered any running attack by the Bucs, and Brady was on his back several times. They kept it close, and the Bucs failed to have the ball last; the way Brady and Bucs’ head coach Bruce Arians like it. 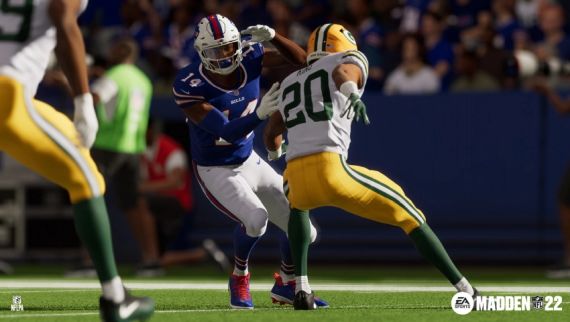 The Buccaneers offense is supposed to be phenomenal this season, but when I was in control of them, playing Madden, they had a ton of dropped balls and they couldn’t convert on 1st downs. My ’21 Bucs lost to the Colts, at Indianapolis, by 17 points. It was a blowout, and I couldn’t get my offense going. The short little passes that Brady is so good at were not connecting. All my receivers seemed covered on every passing play I’d select.

Playing the Buffalo Bills on Week 14 was difficult, but my Bucs won by a field goal. During that game, Brady had a last-minute drive that set up my kicker for the win. I lost to the Saints at Tampa Bay. None of my offensive players could hold on to the football in that rainy game. I like the elements in Madden, but not when they cost me a victory.

I’ll see if the Buccaneers will lose to Washington, the Colts, or the Saints this season. Some ESPN analysts are suggesting that the Bucs could go undefeated this season. My opinion: Not a chance. When you’re the defending champion, every opponent circles you on their schedule. Opposing teams will be ready.