Kelly Ripa and Mark Consuelos adjust to their ’empty nest’ with selfie after sending their youngest son Joaquin off to college: ‘So far we are crushing this’

By Sam Joseph Semon For Dailymail.com

Kelly Ripa and Mark Consuelos appeared to be adjusting well to their new lives as empty nesters in a snap that was shared to the former’s Instagram account on Sunday.

The married couple was seen sitting side-by-side as they relaxed alone after sending their youngest son, Joaquin, to college.

In addition to their 18-year-old child, the parents also share an older son named Michael, aged 24, and a daughter named Lola, aged 20. 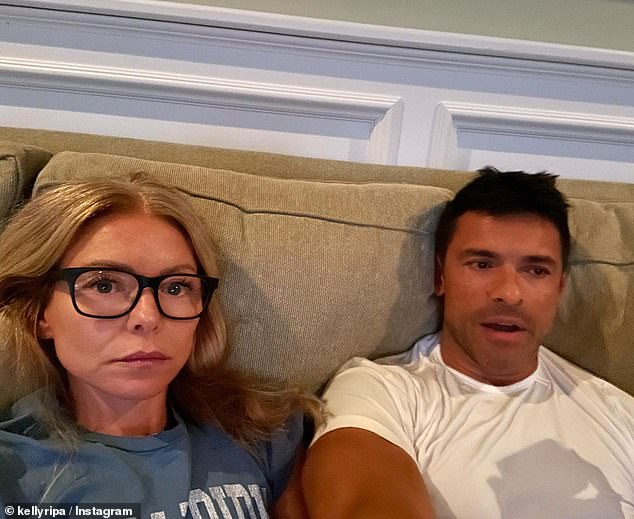 Adjusting well: Kelly Ripa and Mark Consuelos were seen getting used to the lives of empty nesters after their youngest son, Joaquin, left for college in a snap that was shared to the former’s Instagram account on Sunday

Ripa wore a graphic-printed dark blue sweater while adjusting to her new mode of living.

The 50-year-old talk show host’s gorgeous blonde hair fell onto her shoulders as she rested next to her husband, also 50, who kept it casual in a white t-shirt.

The actress also wrote a sarcastic message in the post’s caption that read: ‘So far we are crushing this empty nest thing.’

Their oldest son responded to the photo in its comments section by writing: ‘I had almost no doubt.’ 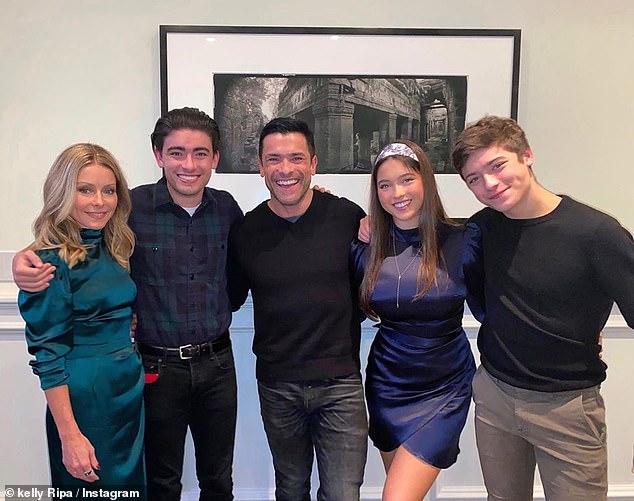 Making the most of it: The talk show host wrote that she and her husband were ‘crushing this empty nest thing’ in the post’s caption

Ripa and Consuelos initially met in 1995 when they were both working on the longstanding soap opera series, The Young And The Restless.

The pair moved quickly with their romance, and they went on to tie the knot the following year.

The happy couple then decided to start a family, and they welcomed Michael into their lives the following year.

The two later added Lola and Joaquin to their lives in 2001 and 2003, respectively. 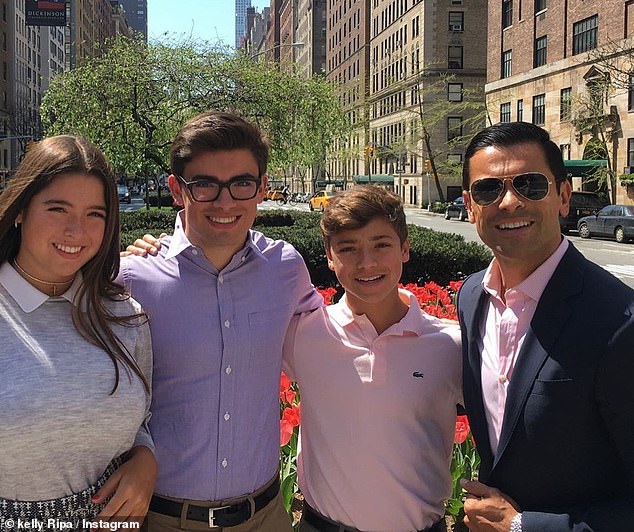 Moving quickly: The couple welcomed their oldest son a year after they tied the knot, and added Lola and Joaquin to their family in 2001 and 2003

Ripa spoke about the privacy that was requested from her family, specifically Michael, during an interview with Glamour, where she noted that he wanted to remain very private.

‘I was not allowed to discuss anything. I could not talk about his life, his grades, even though they were great. I couldn’t talk about school,’ she said.

The talk show host did point out that she understood that her wide platform meant that she would have to be careful about the personal information she disclosed while on air.

‘It would be very unfair to use my bullhorn to discuss somebody that did not want to be discussed. I’m always very mindful of that being the boundary,’ she expressed. 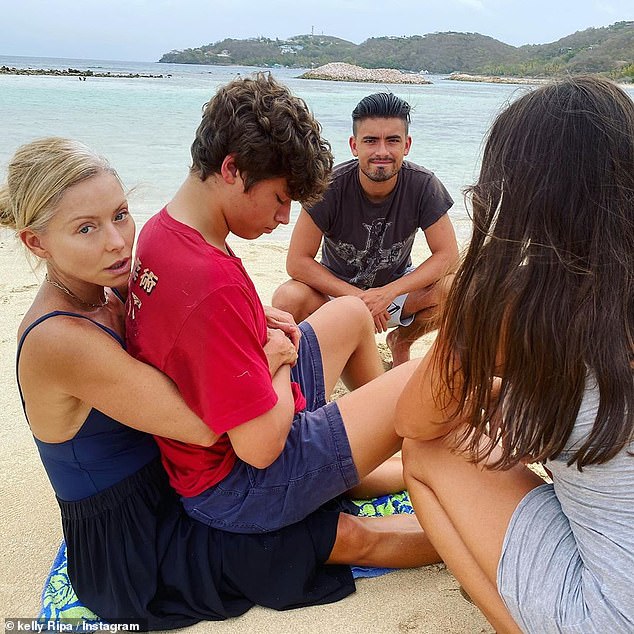 Keeping it private: During a sit-down with Glamour, Ripa expressed that she had become ‘very mindful’ of her children’s privacy

Conversely, Michael recently spoke to Entertainment Tonight and told the media outlet that he was impressed with his parents’ dynamic in the household.

‘One hundred percent they’re relationship goals, and it’s weird because I’ve been with them the longest,’ he said.

The actor also remarked that he looked up to both his mother and father and attempted to emulate their behavior.

‘They’re great, not just in like a relationship sense, but they’re great role models. I try to conduct myself the way I think they would,’ he noted. 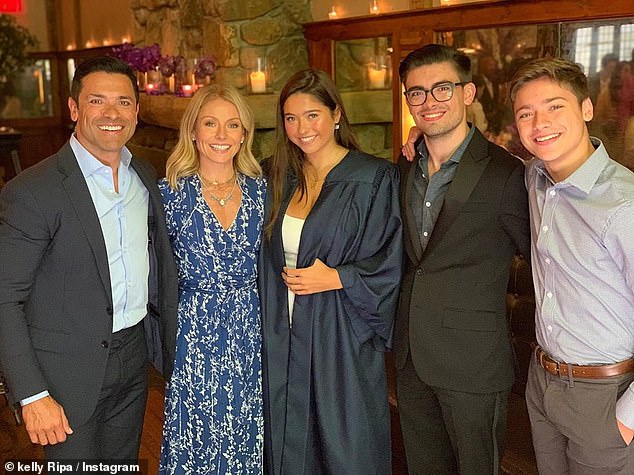 Looking up: The couple’s son Michael recently described his parent’s marriage as ‘one hundred percent…relationship goals’