Humans Poked an Asteroid. Next Century, the Asteroid Might Poke Back – autoevolution

The machine reached its target, asteroid Bennu in 2018, and quickly got to work. It was not that quick on ending its work, though, as it took OSIRIS-REx the better part of three years to complete its tasks.

Using an instrument called TAGSAM (Touch-and-Go-Sample-Acquisition-Mechanism), the spacecraft was eventually capable of snatching 60 grams of the rock’s surface layers. It stored the sample inside its shell, and started a long, 1.4-billion mile (2.25 billion km) journey home that will see it circle the sun twice. The spacecraft and its precious cargo are expected to reach Earth orbit in 2023.

But the presence of the OSIRIS-Rex in the vicinity of the Bennu asteroid did more than just give humanity a hope that we might soon bring back a piece of a distant orbiting rock. It also shed some light on what Bennu might do in the not-so-distant future, and the outlook could be scary, at least as seen from some angles.

You see, a whole lot of the OSIRIS-Rex data was compiled in a study published earlier this August in the Icarus scientific journal. A study that sought to better understand the trajectory Bennu will take from now and until about the year 2300. And sometime between now and then, there’s a chance Bennu will reunite its body with the 60 grams stolen from it, right here on Earth.

The data available to scientists before this mission pointed to the asteroid having a cumulative 1-in-2,700 chance of impacting our planet between the years 2175 and 2199. Now, that number has been revised to a 1-in-1,750 average chance of doing the same over the next three centuries.

That’s higher than the average, but still scary. Scary not because of the numbers now available (after all, those odds pretty much place us in the clear), but on account of the fact these numbers are likely to change.

As per NASA’s own admission, an exact trajectory of the asteroid is incredibly hard to determine on account of the many factors at play, including gravity (Earth’s and the Sun’s) and the so-called Yarkovsky effect.

Our present-day knowledge allows us to understand gravity well enough to make calculations, but because Bennu is a relatively small asteroid (a third of a mile at the equator), it is subject to the said Yarkovsky effect. 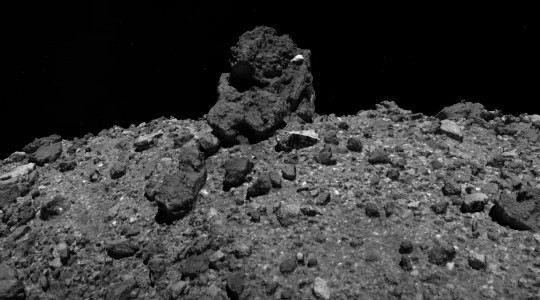 That effect occurs when sunlight heats one side of the asteroid, which later turns away from the Sun and cools. In doing so, the rock kind of generates its own thrust by re-radiating heat over and over again, altering its orbit in ways that are pretty much impossible to predict.

This is why, says NASA, “we have limited knowledge of where Bennu will be as it approaches Earth.” Several trajectories are being considered, especially the ones that line up with what scientists call gravitational keyholes – places where the gravity of a planet could alter the orbit of an asteroid, possibly bringing it on a collision course.

That’s the downside of the thing being so small, but there is also a partial upside: if it does hit us, it probably won’t cause mass extinction, although it could cause a lot of problems for a lot of people. According to the measurements made, Bennu would detonate with the power of 1.1 billion tons of TNT, 55,000 times more powerful than the bomb dropped over Hiroshima.

Luckily, NASA says we now have a better understanding of the trajectory of the asteroid thanks to OSIRIS-Rex. By the time we’ll know if the asteroid would hit us or not, we’ll also have some type of defense in place – and the road to that starts with Double Asteroid Redirection Test (DART) that launches this November. 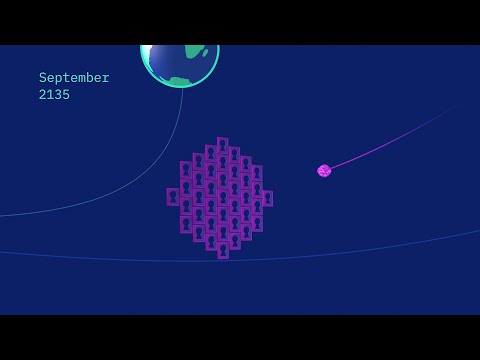