There have been many questions surrounding Brittany Murphy since her sudden death in 2009.

Murphy, who was 32 years old at the time of her death, died of pneumonia, anemia and multiple drug intoxication from prescription and over-the-counter medications, according to the medical examiner’s report at the time. Her death was ruled accidental.

HBO Max’s “What Happened, Brittany Murphy?” explored the relationship between Murphy and Monjack, conspiracy theories behind her death and her deteriorating health.

Murphy’s downward spiral seemingly began when she met Monjack. The Hollywood star, who had appeared in films such as “Clueless,” “8 Mile” and “Uptown Girls,” was on her way to becoming something big.

BRITTANY MURPHY ‘WASN’T HERSELF’ BEFORE HER SUDDEN DEATH AT 32, DOC SAYS: ‘SHE JUST SEEMED SO SAD’ 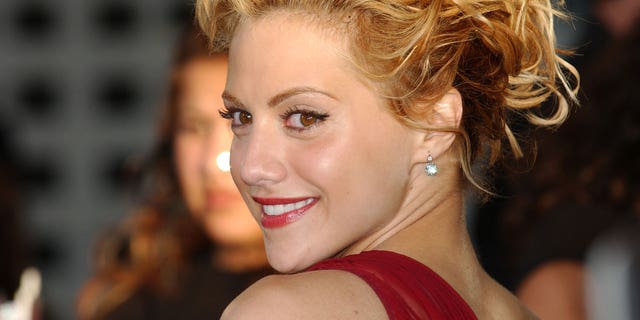 HBO Max’s ‘What Happened, Brittany Murpy?’ explored the relationship between the Hollywood star and her husband Simon Monjack along with her deteriorating health and death.
(Photo by Jon Kopaloff/FilmMagic)

Murphy and Monjack began dating in 2006. The two had a quick courtship before tying the knot during a secret ceremony in 2007.

Close friends of Murphy were alarmed at how fast the relationship moved forward, and some even characterized it as “restrictive.”

“One day her numbers were changed, no one knew where to find her,” Murphy’s longtime friend Lisa Rieffel said during the documentary. “Disappeared. Simon took her away. That was it. He made sure no one could get to her.”

“Simon and Brittany were basically locked up in that house,” journalist Sarah Hammel claimed during the documentary.

“They did these really weird photo shoots in the middle of the night where he would dress her like a doll,” Hammel alleged. “She became increasingly insecure about her appearance, increasingly paranoid about people being out to get her. Simon had the landlines disconnected, so the only way you could reach [Brittany’s mother] Sharon or Brittany was through Simon. Simon and Brittany would stay up late nights and take downers and then chug coffee and take uppers to come back up. They rarely left the house.”

Not only did Monjack seemingly cut Murphy off from close friends, but he also controlled every aspect of her career as he became her agent, manager, lawyer and eventually makeup artist.

“He was driving her to work, but waiting,” former co-star Kathy Najimy revealed during the documentary. “And every time there was a break, she would leave and go be in the car with him. It got more and more restrictive.” 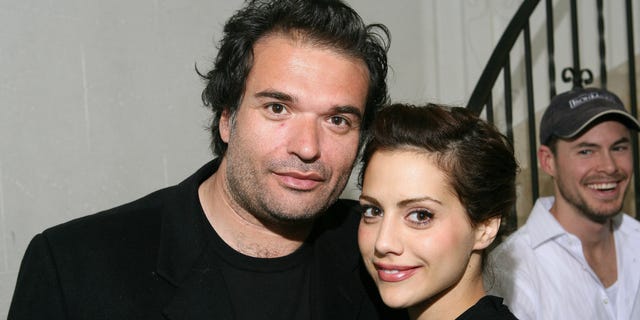 Simon Monjack and Brittany Murphy pose together. The two met in 2006 before tying the knot in 2007. Murphy died in 2009, and Monjack died four months after her of similar causes.
(Photo by Michael Bezjian/WireImage via Getty Images)

Monjack’s dynamic with the actress’ mother

Monjack and Murphy’s mother Sharon seemed to have an odd relationship in the months following the actress’ sudden death. Throughout Murphy and Monjack’s relationship, Sharon lived with the couple and continued to live in the home after the “Clueless” actress died.

The doc also said that, according to a Radar Online reporter at the time, the two allegedly shared a bed following Murphy’s death. Monjack and Sharon also allegedly posed for a photo shoot during which they held hands. The end result looked like “parents grieving as opposed to a husband and his mother-in-law,” an insider said during the documentary.

Monjack denied anything ever happened between the two.

“We’re close friends, and we’re family,” he told People magazine in 2010. “It’s an awful and ridiculous thing to say.” 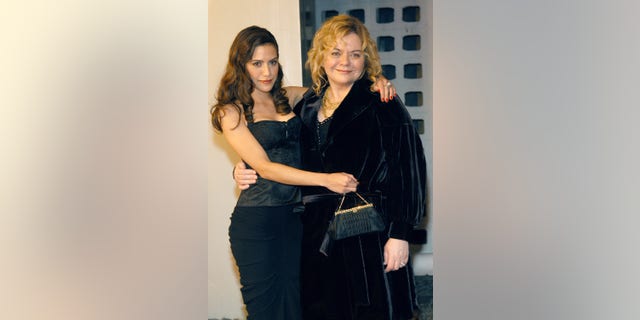 Murphy allegedly worried she was ‘dying’

Monjack seemed to admit during a joint interview with Larry King featuring Murphy’s mother that Murphy was aware of a health condition and she believed she was dying on the morning that she passed away.

“That morning she woke up. She couldn’t breathe,” Monjack told King in a clip from the interview, which is shown in the documentary. “She went out to get some air. Sharon followed her out. I’ll say this because I know you can’t. She said, ‘Mom, I’m dying. I love you.’ “

“She knew she was dying?” King responded.

Monjack’s mother, Linda Monjack, also recalled a time where Murphy revealed to her that she had trouble catching her breath while climbing stairs.

“‘I’m having trouble breathing … (When) I get to the top of the stairs. I can’t breathe,'” Linda remembered Murphy telling her just before the actress died. “She said, ‘Do you think I’m dying?’ I said, ‘No, of course you’re not dying. You’re fine, but you need to go to the doctor.'”

Addressing cause of death conspiracy theories

Murphy’s autopsy report listed her cause of death as pneumonia, anemia and multiple drug intoxication from prescription and over-the-counter medications. However, the actual cause of her death has been debated by the public, friends and her father since her death.

Drug Overdose: Many rumors surfaced that the actress died of a drug overdose since she was so young and because the toxicology report listed “multiple drug intoxication.” However, Dr. Lisa Scheinin, who performed Murphy’s autopsy, never found any illegal drugs in Murphy’s system. She also ruled that the prescribed drugs found in Murphy’s system were not the main cause of death.

Poisoning: Murphy’s father, Angelo Bertolotti, believed that Murphy had been poisoned. He hired a private lab to run tests on Murphy’s body. The lab found high amounts of 10 metals in Murphy’s system. However, a forensic pathologist explained that the metals were not found in Murphy’s bloodstream and concluded she hadn’t been poisoned.

Black Mold: Reports that exposure to black mold had played a role in Murphy’s death surfaced in the media, but the coroner confirmed there was no black mold present in the household.

The coroner added the medication was prescribed under different names, including “Lola Manilow,” a possible alias for Murphy. The coroner also issued search warrants that led him to discover the prescriptions came from several doctors.

Loved ones were concerned

In the doc, Najimy said at one point she expressed concern over Murphy’s “diminishing” appearance. “She said, ‘That’s what I’ve been told, if I want to be considered as a leading lady, I needed to lose a lot of weight,’” Najimy recalled Murphy telling her.

Makeup artist Trista Jordan, who worked with Murphy on her last film — 2009’s “Something Wicked” — also came forward for the special. She claimed Murphy’s appearance in her final months was shocking.

“Her eyes were so sunken, and she just seemed so sad,” Jordan told the outlet.

The final time Najimy saw Murphy, she specifically remembered Murphy showing up late to an event with Monjack where she had “bleary eyes.” “I just didn’t recognize her anymore,” she said during the documentary.