Ed Asner, the actor and activist best known for portraying Lou Grant on “The Mary Tyler Moore Show” and its subsequent spinoff, has died at age 91.

The actor’s death was announced through his official Twitter account Sunday, noting that he died peacefully. No cause of death was given.

“We are sorry to say that our beloved patriarch passed away this morning peacefully. Words cannot express the sadness we feel. With a kiss on your head- Goodnight dad. We love you,” the tweet reads. 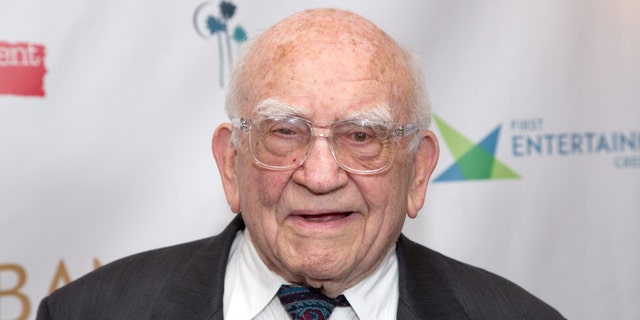 As Deadline notes, Asner was the former president of the Screen Actors Guild as well as the most decorated male performer in Emmy history, with seven wins under his belt. While that made him well known in Hollywood, it was his time playing Lou Grant on “The Mary Tyler Moore Show” and its spinoff, “Lou Grant” that made him a household name throughout the country.

In fact, five of his Emmy wins were for playing Lou Grant. The other two were for prolific roles in “Roots” and “Rich Man, Poor Man.” Fans may also recognize him from the Christmas movie “Elf” where he played none other than Santa Claus. He also had roles in Pixar’s Oscar-winning film “Up” and was most recently seen in the Emmy-nominated series “Cobra Kai.”

The Hollywood Reporter notes that Asner, an avowed liberal, often sparred with his conservative predecessor in the Screen Actors Guild presidency chair, Charlton Heston. The outlet reports that Asner received the SAG Life Achievement Award in 2002 for his work in the organization.

Even in his later years, Asner showed no signs of slowing down. He spoke to Fox News in 2019 while touring the country with his comedic one-man show titled “A Man and His Prostate.”

“I’m very happy with what I’ve gone and achieved,” Asner told Fox News of his career at the time. “But all the sympathy I’ve had, I would have liked that more during the blank areas.”