“There’s a new king of late night and his name is Greg Gutfeld,” Maher kicked off his show’s panel discussion Friday night, pointing to a recent headline from Newsweek that read, “Greg Gutfeld is King of Late Night as His Fox News Show Beats Colbert, Kimmel, Fallon.”

“Fox News found a good thing,” Maher told the panel. “They can make fun of liberals and they are doing it to great success.”

The liberal comedian offered his philosophy on why “conservative comedy” hasn’t existed … until now.

MAHER TORCHES BIDEN’S AFGHAN WITHDRAWAL: ‘THE ADULTS ARE BACK IN CHARGE’ AND SOMEHOW ‘F— IT UP?’

“I’ve been asked over the years many times, ‘Why isn’t there a conservative comedy?’ And I would always give the answer, which I think was the true answer, ‘There’s not good fodder for it,'” Maher said.

“You know, the liberals aren’t crazy. This was my answer for many years. … Now, I don’t think it’s the same situation,” he continued. “I keep saying to the liberals, ‘If what you’re saying sounds like an Onion headline, stop.’ And that’s why — this is why there’s an opening for conservative comedy. Because when you tear down statues of Abraham Lincoln in the Land of Lincoln, ‘Land of Lincoln cancels Lincoln,’ it’s an Onion headline.

“I keep saying to the liberals, ‘If what you’re saying sounds like an Onion headline, stop.'”

“You know, ‘Three-year-olds pick their own gender’ is an Onion headline. You know, a lot of this stuff that’s going on the left now, it’s, you know, ‘Seattle votes to decriminalize crime.’ Now, the problem is that they don’t know how to do comedy, but if they found someone who did, they could … Because comedy goes where the funny is. And there is funny on the left now as well as the right.”

“Comedy goes where the funny is. And there is funny on the left now as well as the right.” 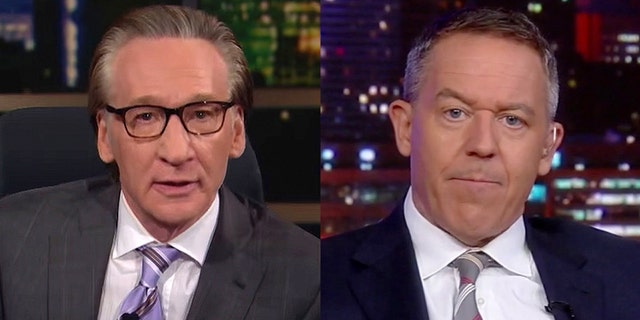 Ralph Reed, the conservative chairman of the Faith and Freedom Coalition, complained how the liberal late-night shows have become “predictable” “Democratic talking points.”

“The camera’s a very penetrating medium. There’s nowhere to hide. You’ve either got the talent or you don’t,” Reed told Maher. “And I know Greg. He’s funny. He’s smart. He’s quick. And particularly when you put him with an ensemble as they’ve done where he gets to play off other people, it works.”

“I know Greg. He’s funny. He’s smart. He’s quick. And particularly when you put him with an ensemble … it works.” 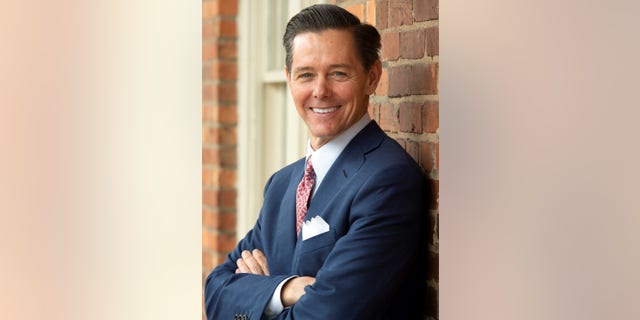 BILL MAHER, ANDREW SULLIVAN PAN NEWSROOMS FOR CAVING TO ‘WOKE’ MOBS: ‘THEY DON’T HAVE THE B—S TO SAY NO’

While Kay complained that Gutfeld’s show is “pretty predictable,” Maher pushed back.

“I could say the same thing about the other shows. Absolutely,” he said.

“And they’re there more to clap for the opinion they already believe in than to laugh. And that’s what changed.”

“They’re there more to clap for the opinion they already believe in than to laugh.” 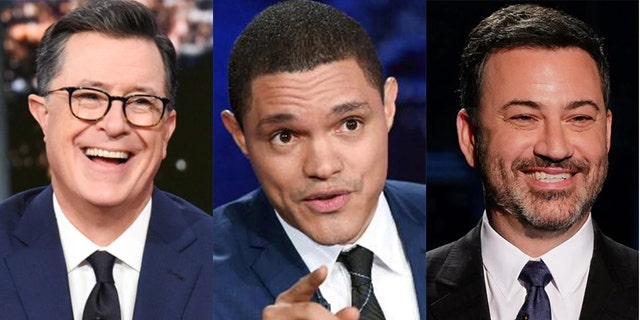 Reed wondered, “When did everything become about politics?” pointing out how comedy veterans like Johnny Carson and Jay Leno were “equal opportunity tormentors” and “dinged both sides,” something Maher agreed with.

“They certainly did politics in the monologue, but they did a middle-of-the-road – you didn’t even know who Johnny voted for,” Maher said. “Everything became partisan. … It became more important to cheer for your team than to actually have a laugh.”

“It became more important to cheer for your team than to actually have a laugh.”

As Newsweek reported, “Gutfeld! “scored a larger audience than Jimmy Fallon on NBC, Jimmy Kimmel on ABC and Stephen Colbert on CBS” for the first time during an entire week from August 16-22.

“For the week, Gutfeld’s show scored 2 million viewers nightly and 405,000 in the key demographic for advertisers, which is adults 25-54, while Colbert was next best at 1.89 million with 395,000 in the key demo. Fallon was third and Kimmel was fourth,” Newsweek wrote.