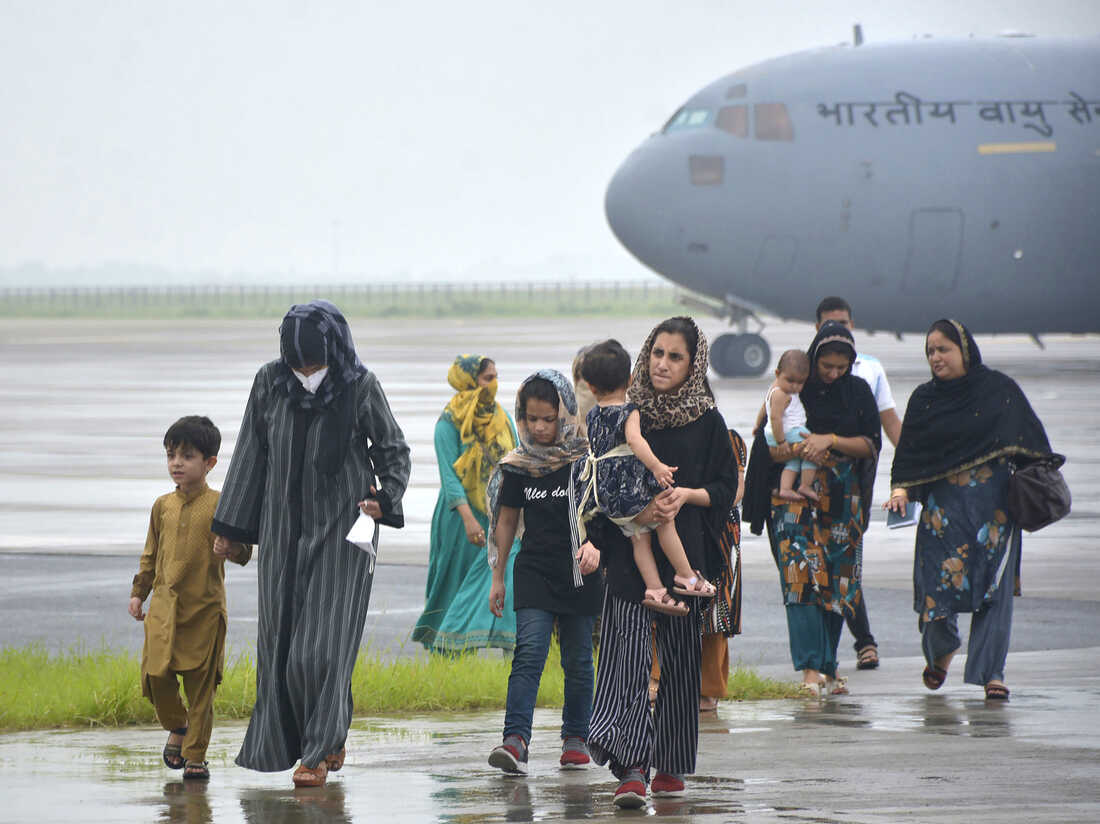 People evacuated from Kabul arrive at Hindon Air force base near New Delhi, on Aug. 22. 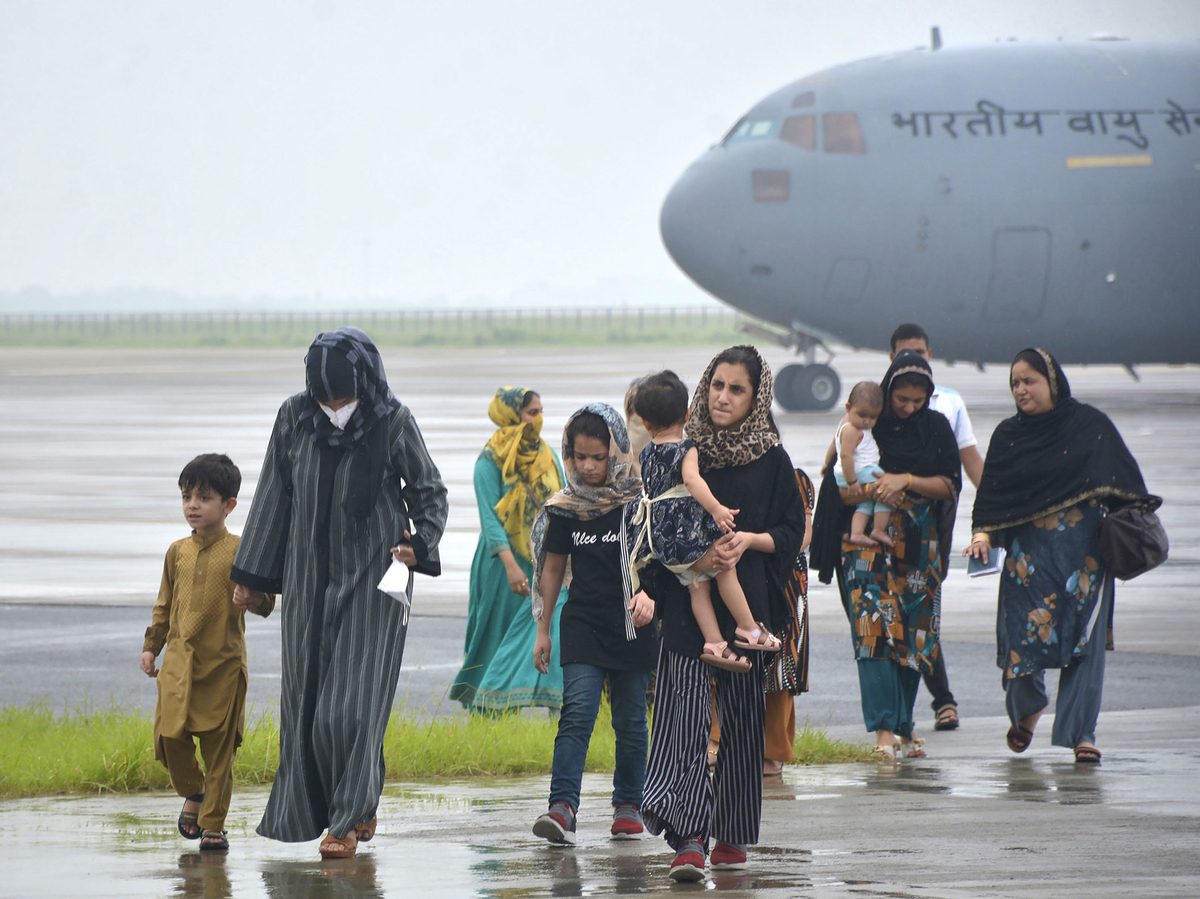 People evacuated from Kabul arrive at Hindon Air force base near New Delhi, on Aug. 22.

MUMBAI — One of the most prominent symbols of Afghanistan’s democracy — the national parliament, with its giant bronze dome and marble fountains — was a gift from the world’s largest democracy.

Alongside the United States, India has spent the past 20 years trying to foster a democratic system in Afghanistan. It invested $3 billion into building Afghan roads, bridges, schools and clinics.

In 2015, Indian Prime Minister Narendra Modi traveled to Kabul to inaugurate the $90 million parliament, made with marble quarried from Rajasthan. He and Afghanistan’s then-President Ashraf Ghani spoke about their “special friendship” that was “bound by a thousand ties.”

Now, with Ghani out of power, the U.S. withdrawing and the Taliban taking over, India is one of the countries that may stand to lose the most.

Diplomats and analysts say that for India, the power shift in Kabul almost certainly means the painful loss of a fellow democracy — albeit a beleaguered one that rested on U.S. support — in an otherwise largely hostile region. It could also mean a loss of safety and security for India, if militants from Pakistan, its neighbor and archrival, expand their training bases into Afghanistan. 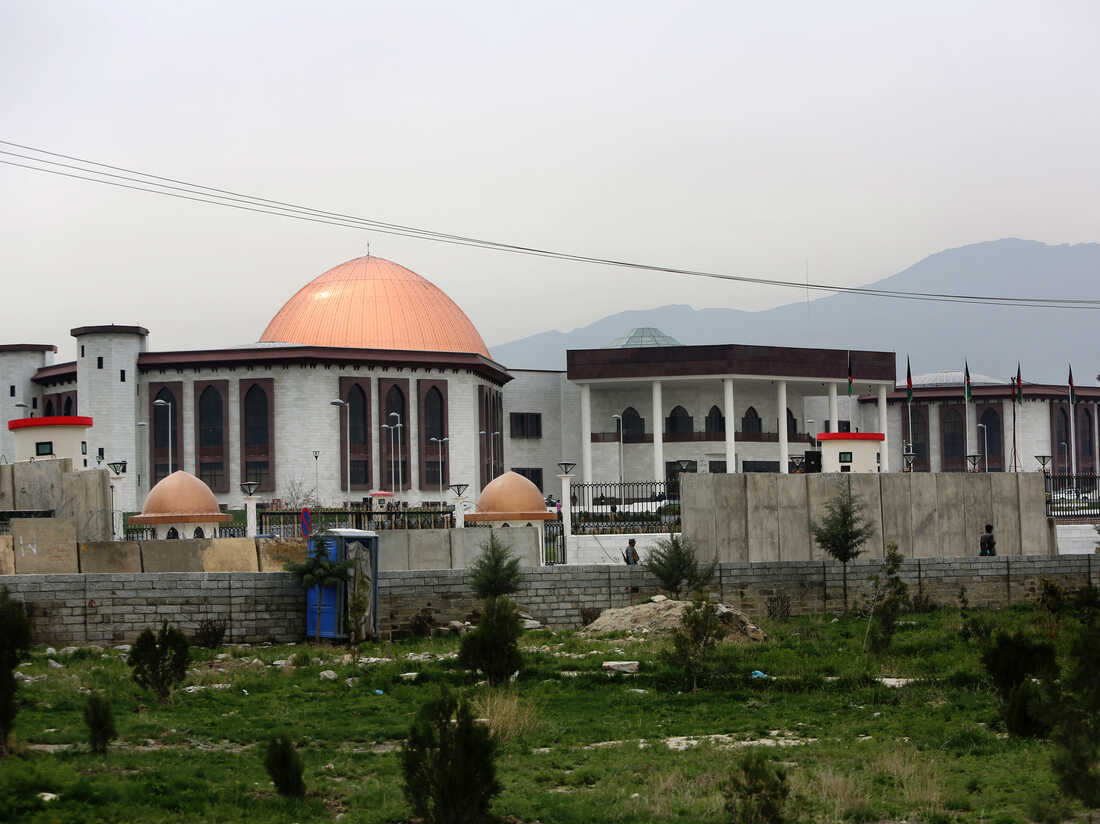 India financed construction of Afghanistan’s parliament building, shown here after the Taliban claimed responsibility for firing a series of rockets at it in 2016.

And it’s very likely, they say, to mean a loss of Indian economic power and influence in a region increasingly dominated by another neighbor it’s uneasy about: China.

Afghanistan’s ambassador to India is still in New Delhi

First off, India has to figure out who its new contact is in Kabul — or if it has one there at all. India reportedly has had communications with the Taliban. But Afghanistan’s ambassador to New Delhi says he’s had none yet with the militant group.

“The past week and a half has been very difficult. Our communications [with Indian officials] remain intact,” Farid Mamundzay, the ambassador, tells NPR from New Delhi. As far as he knows, he’s still Afghanistan’s legal representative in India. “But as things become clearer in the weeks and months ahead, there may likely be changes.”

Mamundzay will have to decide whether to stay on — if asked — under the Taliban. He has concerns about the group’s record on women’s rights, though the Taliban have said they will be more moderate than in the past. 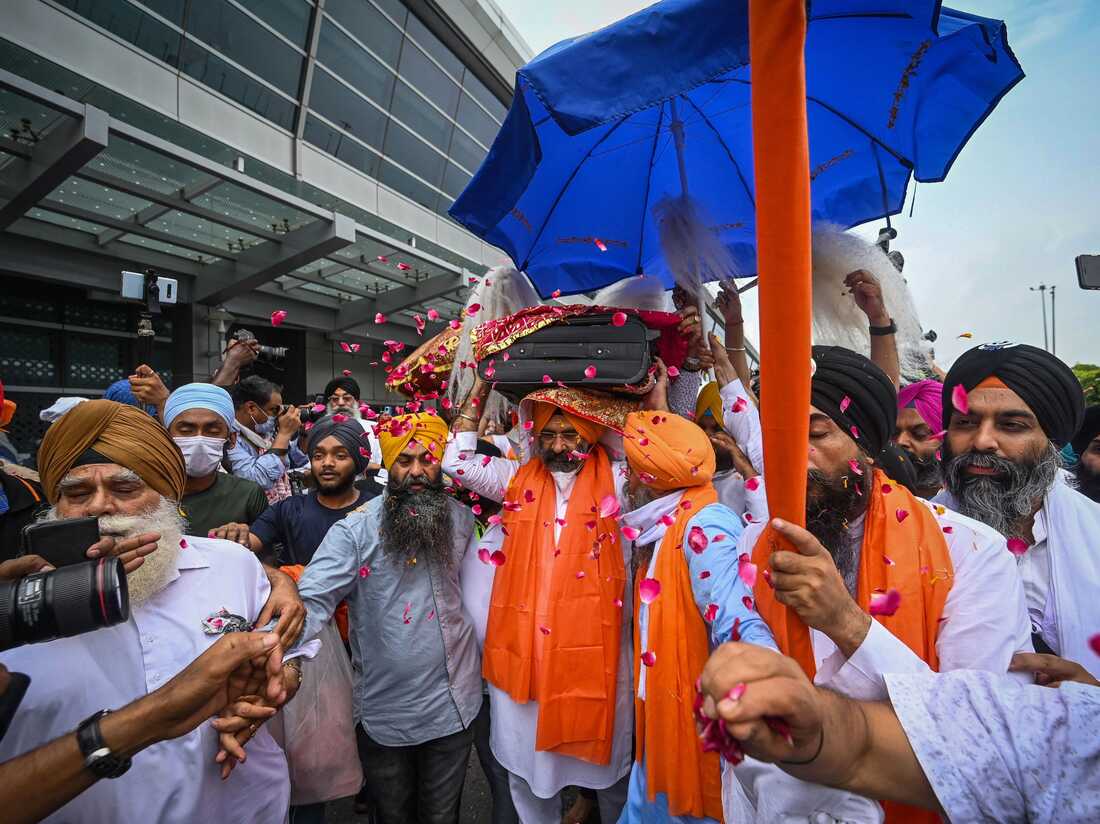 A man carries the Guru Granth Sahib, the Sikh holy book, brought to India by Afghan Sikhs who were evacuated and landed at the Indira Gandhi International Airport in New Delhi on Aug. 24.

“As of now, their messages and rhetoric have been quite soft. Now it’s up to them to prove that they mean it,” Mamundzay says. “If they mean it, then of course I would continue to serve my people. But if the meaning is missing, and only words exist — then I would not continue cooperating with the future government.”

When the U.S. timeline for withdrawal became clear earlier this year, New Delhi is believed to have quietly established back channels of communication with the Taliban — though Indian officials won’t confirm that.

As the Taliban rolled into Kabul on Aug. 15, they reportedly contacted Indian officials, saying they would guarantee Indian diplomats’ safety if they would keep their embassy open in Kabul. According to the Hindustan Times, Indian officials weighed the Taliban’s offer, but then received intelligence that gave them pause: that Pakistan-based militants may have entered Kabul with the Taliban. On Aug. 17, India evacuated its Kabul-based diplomats and shut its embassy. It had earlier closed its consulates in other Afghan cities.

India’s worst fear is that Afghanistan will become a haven for militants from Pakistan. India and Pakistan are nuclear-armed neighbors and nemeses who’ve fought many wars. Pakistan has longstanding ties with the Taliban and has long given refuge to militants attacking India.

“Our strategic interest is definitely to make sure that our borders are secure and protected from the influx of terrorist groups, and that a neighbor like Pakistan doesn’t exploit the situation in Afghanistan — as it has in the past,” Nirupama Rao, a former foreign secretary of India, tells NPR.

So when India reportedly picked up intelligence about the alleged presence of Pakistani militants in Kabul this month, it decided not to take any chances.

Rao, who has also served as India’s ambassador to the U.S. and to China, says India would like Washington to put pressure on Pakistan to stop any flow of militants into Afghanistan.

“We obviously cannot let Afghanistan regress to a dark age,” she says.

The future is uncertain for Indian projects in Afghanistan

In addition to building Afghan infrastructure, India has helped organize trade routes to Afghanistan — and through it, to countries in Central Asia. It secured waivers from U.S. sanctions to build the $8 billion Chabahar port in Iran, hoping it could be a key trade route to Afghanistan that bypasses Pakistan. India was also part of a consortium planning a 4,400-mile rail network linking Afghanistan with Europe.

“This is a strategic plan that India has nursed for a very long time, and now all that investment has come to a grinding halt, given the developments in Afghanistan,” says Happymon Jacob, a professor of diplomacy at Jawaharlal Nehru University in New Delhi. “It may end up being too much work. It’s better that India do its trade with other countries, rather than bending over backwards and reaching out to Central Asia.”

India prioritized education for Afghans, too. It built girls’ schools. Indian universities have educated thousands of Afghan students. This week, many of them watched with horror as Kabul fell to the Taliban, wondering if they’ll ever return home.

“India has been a major historic partner of the Afghan people. Our relationship hasn’t been only government-to-government. We had this relationship at multiple layers,” Mamundzay says.

He hopes that will continue.

But China may be able to invest even more in Afghanistan.

India and China are the world’s two most populous countries. They share the world’s longest unmarked frontier, stretching more than 2,100 miles, and they’ve fought over it many times. Tensions have been especially high since a June 2020 border clash left 20 Indian troops dead. India chose to retaliate off the battlefield, by banning dozens of Chinese-owned apps, including TikTok.

Meanwhile, China has been building a giant global infrastructure network including roads, pipelines, power plants and ports, called the Belt and Road Initiative.

India is not part of it. But Pakistan is — and Afghanistan soon could be, too.

“The ascendance of China in Afghanistan will try to unify the entire region — minus, of course, India,” Jacob says. “This will also sort of strengthen the fears in India that there is an actual Chinese encirclement taking place.”

“They want to build that ‘great wall of steel,’ to use [Chinese leader] Xi Jinping’s words,” Rao says. Beijing, she says, is keen on “exploiting Afghanistan’s rich natural resources, and bringing Afghanistan into this whole network of connectivity. And they are not going to be talking about human rights while doing this.”

For India, the possible expansion of Chinese infrastructure into Afghanistan means the world’s biggest democracy may be further isolated economically — in its own backyard.

All this may make it harder for India to be the democratic bulwark against China that Washington wants it to be.

While not treaty allies, the U.S. and India have a close strategic partnership in the Indo-Pacific. Just this week, they’ve been conducting joint naval drills together with Australia and Japan. In recent years, U.S. and Indian officials have said their ties are closer than ever. Visiting New Delhi in May, Secretary of State Antony Blinken said the U.S.-Indian partnership “is vital, it’s strong, and it’s increasingly productive.”

But the U.S. withdrawal from Afghanistan may leave this close partner in a difficult situation.

“The credibility of the U.S. is completely down in Afghanistan — and that definitely does echo through the region,” Rao says. “Being from the region, India really sees this through the lens of this neighborhood.”